Newfoundland is arguably one of Canada’s most breathtaking provinces, affording its visitors’ unreal outdoor adventures and incredible wildlife viewing.

But exploring Newfoundland and Labrador doesn’t come as easily, for its island and mainland are separated, and even on the island itself, it takes a whopping 13-hour roundtrip drive from coast to coast.

St. John’s is undoubtedly one of the province’s most popular destinations, as it is the capital and where over 40 percent of the population resides.

As such, this makes the remainder of Newfoundland largely remote and wild; giving way to epic, scenic road trips such as on the west coast.

If you wish to travel off the beaten path, a west coast Newfoundland road trip is one of the best ways to enjoy the province’s rural towns and breathtaking landscapes.

During our 2 weeks traveling Newfoundland’s west coast, we were able to visit several popular towns and partake in some of the best hiking and stargazing opportunities.

Here’s my recommendation for your west coast Newfoundland itinerary so you don’t miss out on the best sights and activities.

What Does the West Coast of Newfoundland Cover?

The west coast of Newfoundland and Labrador comprises the long stretch of coastline between Channel-Port aux Basques (where the ferry from Nova Scotia departs/arrives) to the northern tip of L’Anse aux Meadows — an 11th-century historic site where the Vikings first landed.

In between these two points lies a great amount of colorful fishing villages and larger commercial towns both alive with cultural events and festivities (especially throughout the summer months).

Of natural importance, the west coast features dramatic cliff and coastal views, whale, seal, and bird-watching, immense fjords and pristine lakes, waterfalls, and so much more.

The wild and untouched landscapes truly make for a memorable road trip.

Of course, adjust your road trip according to the number of days you have. We didn’t get to cover everything even in 2 weeks, but we also took our time in smaller towns.

Channel-Port aux Basques is the ferry port where we arrived with our van. From here, you’ll begin your west coast road trip!

There is a Visitor’s Center just 1-2 km up the road as you exit the ferry. Stop here to grab some helpful maps and brochures of your points of interest.

The drive up north for day 2 is pretty remote. It’s a very scenic drive and you’ll see some Tablelands as well as gorgeous coastal views. The drive is lovely during a fiery sunset, but if you drive at dusk please watch out for moose!

The next “big” town from Port-aux-Basques will be the town of Stephenville, about a 2-hour+ drive away. However, if you have extra time, the drive up to Stephenville has smaller towns and inlets that afford beautiful views of the westernmost coastline.

If you want to take a detour, you can drive further west via Route 406 to Cape Anguille where there is a restored lighthouse, a tiny town, and a shipwreck from 1900.

There is not much in the way of restaurants in Stephenville. Although we had a lovely stay at the Zenzville RV Campground, we didn’t linger long in the town.

Road-tripping the Port-au-Port Peninsula is a must-do activity on Newfoundland’s western coast. The drive itself is beautiful and you’ll likely be stopping often to take pictures.

From Stephenville, head west via Route 460. The road trip is also known as the French Ancestor’s Route, and at the Boutte du Cap, there’s even a traditional French bread oven. During the summer months, the oven is working and fresh baguettes are served between 12 and 2 pm.

What to see along the Port-au-Port Peninsula:

We camped overnight (wild camping) at Boutte du Cap in the unofficial camp spots. Each cove is surrounded by a bush and has a spot to make a fire. Stargazing here is amazing!

From Stephenville, follow Trans-Canada Hwy 1 to Corner Brook. Corner Brook is a much larger city in comparison, with much more to do (in my opinion).

Corner Brook is somewhat of a commercial hub, so you can stock up on anything you need here. Nevertheless, despite being a larger city, the area is surrounded by scenic mountains and the Bay of Islands.

What to do and see in Corner Brook:

The gem of Newfoundland’s west coast is by far the Gros Morne National Park. Here, you can hike enormous mountains, marvel at ice-carved fjords, hike The Tablelands, go stargazing, and plenty more!

You will want to spend at least 3 days exploring Gros Morne National Park. But considering all there is to do, you might want to stay longer.

The park does require a valid park pass (24 hours) for any activity within the park, so keep that in mind as you plan your hikes and such.

Start on this side of Gros Morne, because you will need to circle around the East Arm bay to reach Norris Point and Rocky Habor, situated just across from Bonne Bay.

Where to start exploring in Gros Morne

Once on the other side, you can then start exploring other hikes and sights like the amazing Western Brook Pond Fjord boat cruise and hike (as pictured above).

Make sure to pick up a Gros Morne National Park park map when you buy your park pass to get detailed hikes in the area.

Cow Head is a small town, but you’ll often read or hear of it because of the cultural festivities going on there.

Cow Head’s Bay is most famous for the Gros Morne Theatre Festival at the Warehouse Theatre. It doesn’t look like much from the outside, but apparently the plays are extremely good. Unfortunately, there weren’t any plays when we passed through in mid-September.

From Cow Head to L’Anse aux Meadows (the tip of west coast Newfoundland) is a 3-hour 40-minute drive. Though we didn’t make it up to the north (we took a detour to Burlington), you can either stop along the way or make the drive straight.

Hawke’s Bay and/or Port au Choix make for a great stopover in between Cow Head and L’Anse aux Meadows. There are also a couple of things to do and see here.

In Hawke’s Bay, you can witness a geological phenomenon right in the center of town, known as glacier striae, which shows the directions of glacial flow in the limestone that’s found on the beach in Hawke’s Bay.

Things to do in Hawke’s Bay:

In Port au Choix, you will be immersed in time’s past, with ancient burial sites and aboriginal artifacts.

Things to do in Port au Choix:

Here, Norse expeditions sailed from Greenland, building a small encampment of timber-and-sod buildings over 1000 years ago. Against a stunning backdrop of rugged cliffs, bog, and coastline, discover the fascinating archaeological remains of the Viking encampment, declared a UNESCO World Heritage Site in 1978. You’ll meet costumed Viking interpreters as you tour the recreated base camp and discover original artifacts from this internationally renowned archaeological find.

Because you made it all the way here, it’s worth it to stay at least one to two nights.

The Big Blow – Exceptionally well-rated bed and breakfast located minutes from the Viking Site and Museum.

We were extremely bummed not to make it all the way here, but that just means we’ll have to go back. 🙂 Instead of heading further north, we diverged a little inland and went to Iceberg Alley.

From L’Anse aux Meadows, you have several options.

If you have more time to explore, you can take a ferry and cross to mainland Newfoundland and Labrador into the Inuit land east of Quebec. Here, you can have a most-exciting adventure exploring the mystical, razor-toothed subarctic Torngat Mountains.

Or, if you wish to explore the northern tip more, you can continue your road trip to Iceberg Alley, starting at St. Anthony’s, which sits southeast of L’Anse aux Meadows.

St. Anthony’s is only a 30-minute drive from L’Anse aux Meadows. Here, you can witness icebergs along the Iceberg Alley Boardwalk Trail as they pass through the spring and summer months.

Lastly, if you are intent on returning to the ferry in Channel-Port aux Basques at the end of your trip, it’s wise to begin the trek down.

Though you might not have realized it on your way up, it will take roughly 8 hours driving 700 km to make it back. It’s best to split this drive into 2 days, rather than 1. So take your time to make it back safely!

If you have 2 weeks or more to road trip Newfoundland, you should consider visiting Central Newfoundland and crossing all the way to St. John’s in the east.

By far, the best way to tour Newfoundland is by car or van. With a car, you’ll need to map out your hotels and lodging, but a van gives extra flexibility in that you can wild camp (where available).

Our 2-week road trip by van in western Newfoundland came and went so quickly! We were able to see and do so much, but I still have yet to see an iceberg or breaching whale, as we were too late in the season.

With that being said, the best time to visit the west coast is in July-August. This is when you’ll get to see most wildlife, and icebergs, and even participate in the majority of cultural events and festivals.

Good luck with your adventures! Have you ever explored Newfoundland and Labrador? Drop your comments or thoughts below. 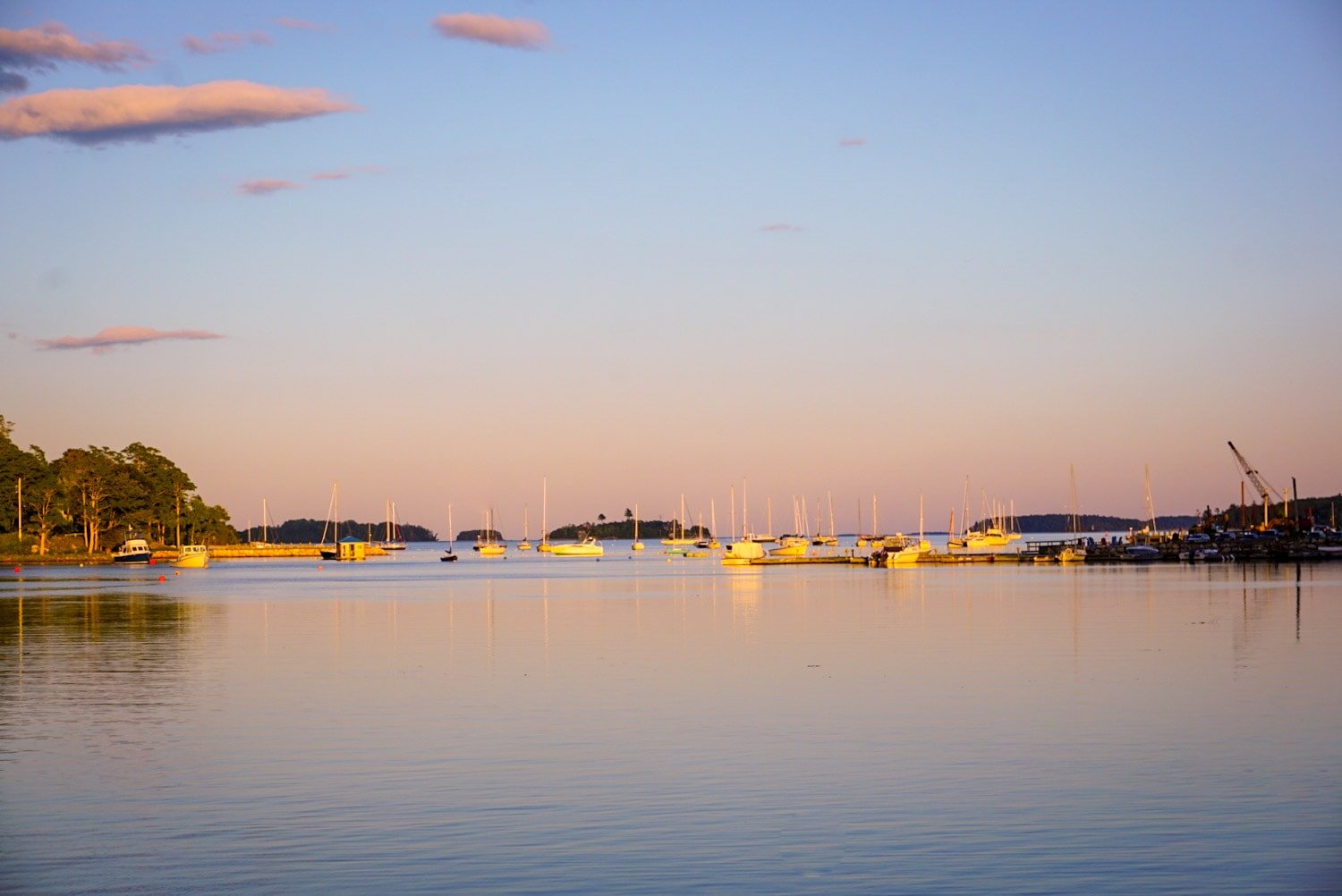 20 Bucket List-Worthy Things to Do in Nova Scotia 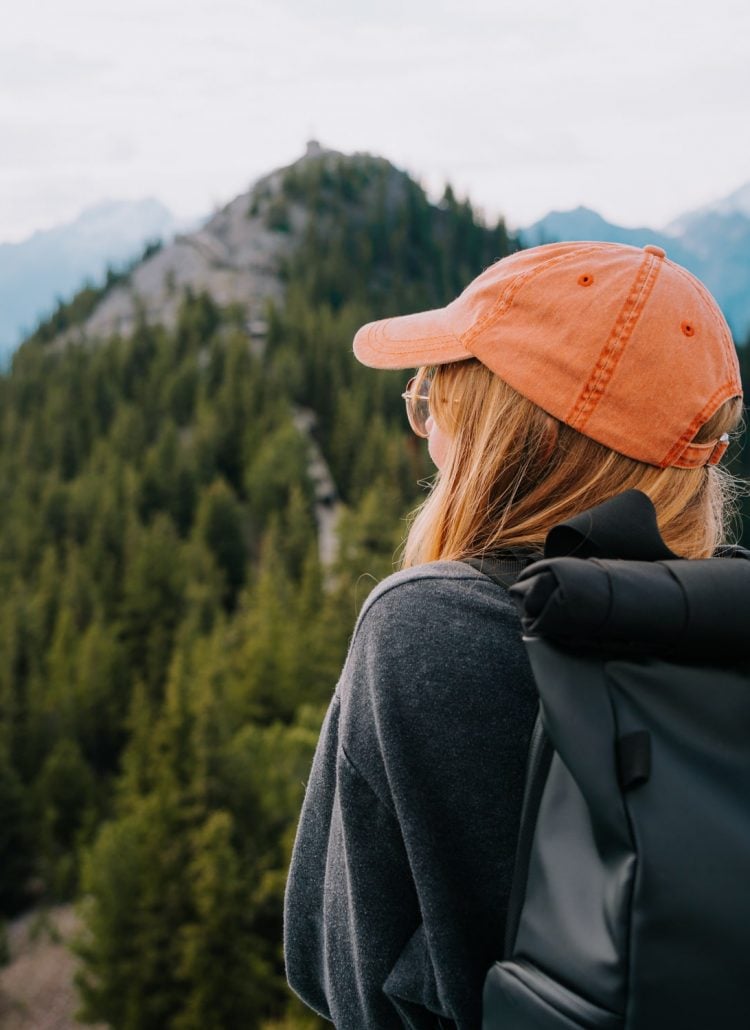 Riding the Banff Gondola: Everything You Need to Know 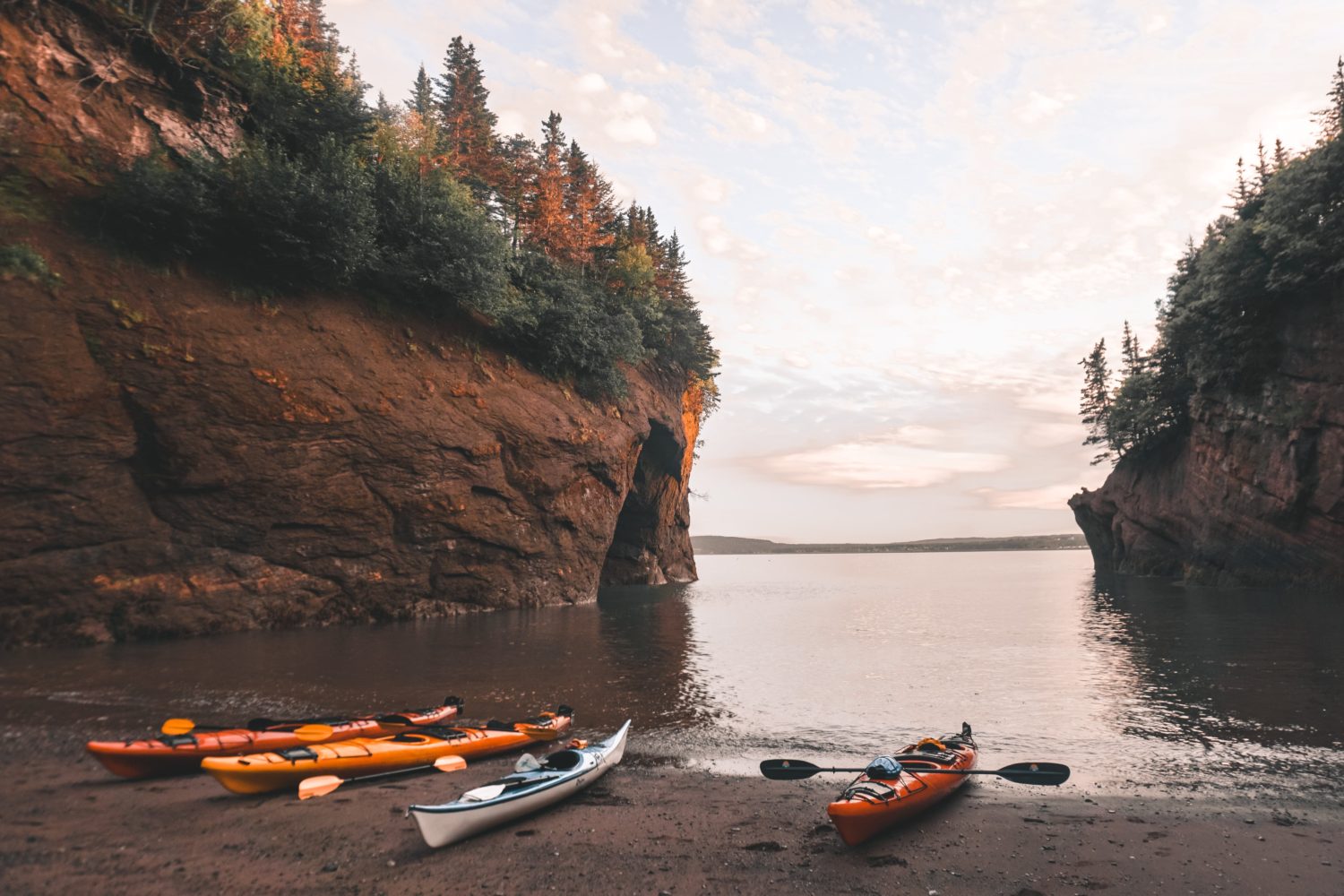 Sea Kayaking in the Bay of Fundy 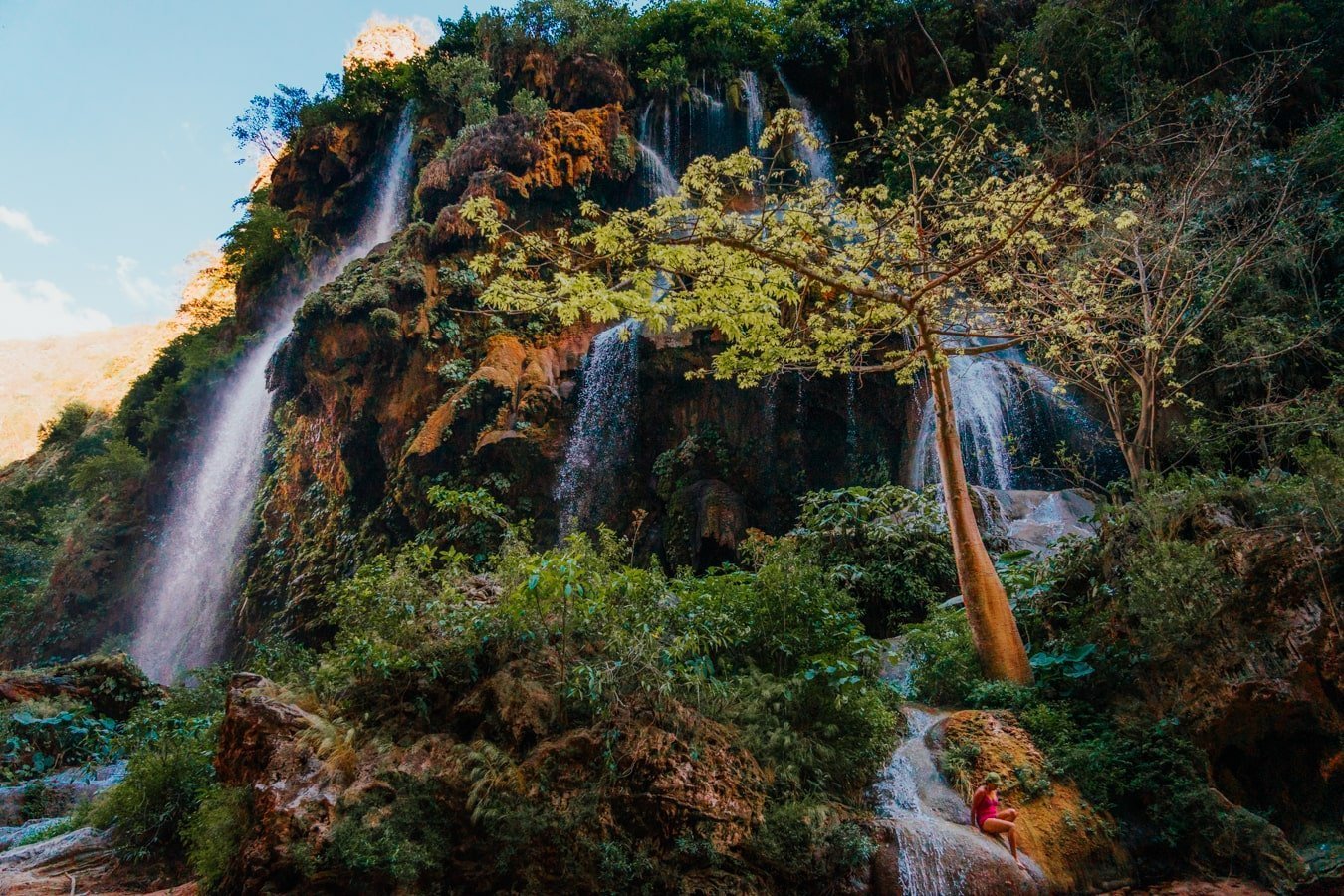 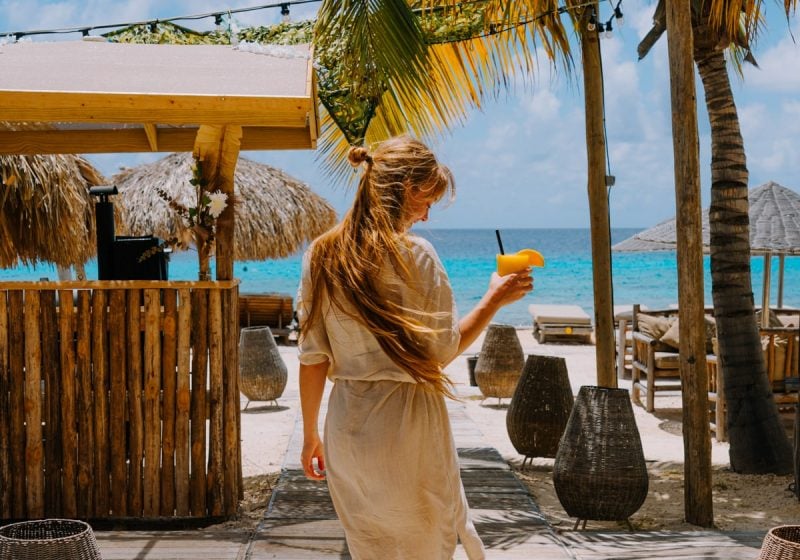 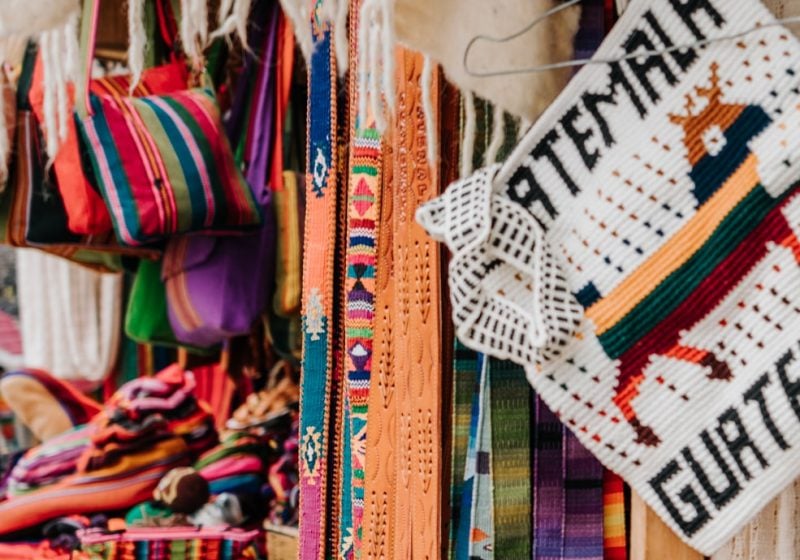