15 Unique Newfoundland Experiences to Add to Your Bucket List 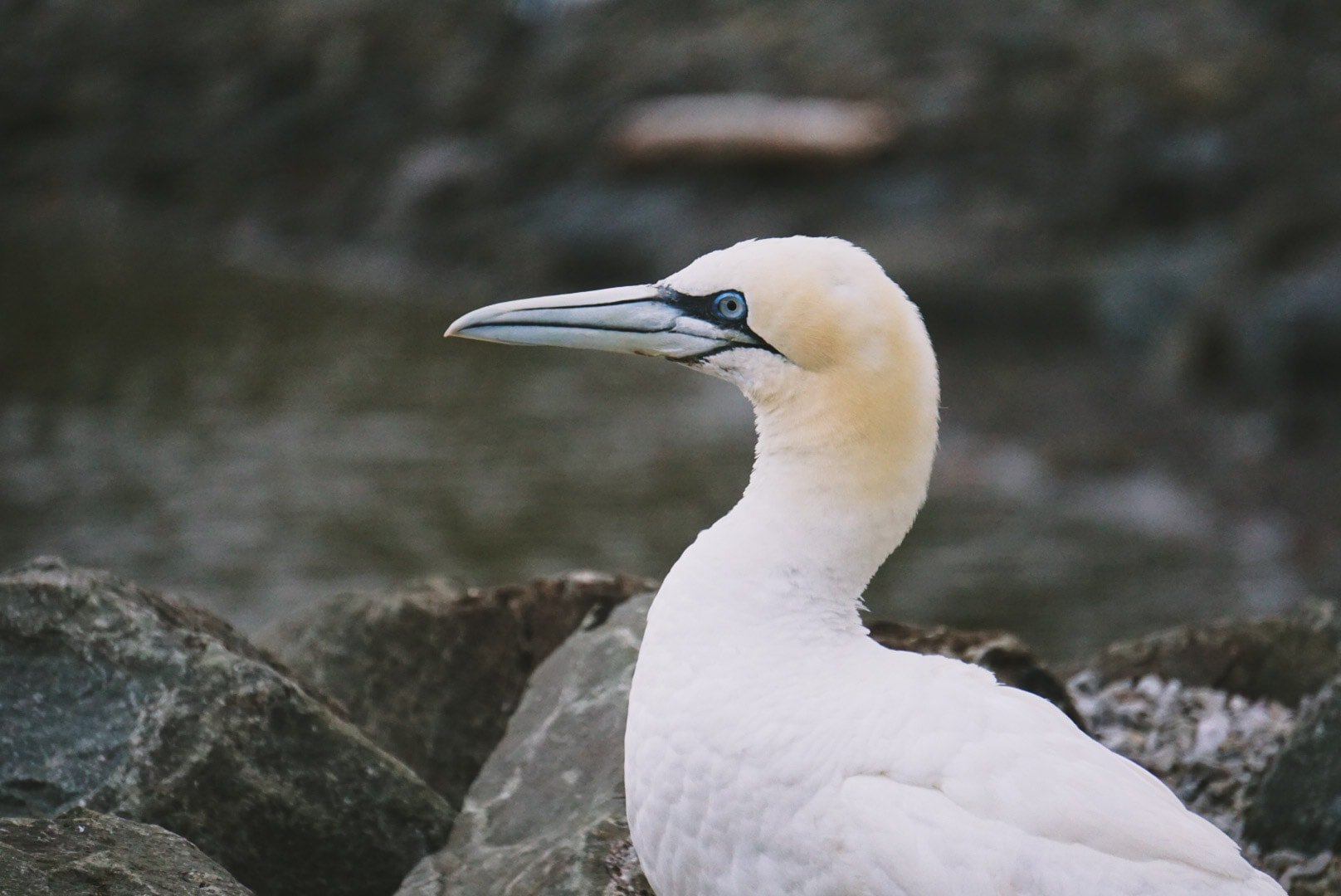 Share
Pin112
Tweet
Share
Share
112 Shares
Care to hike on Earth’s mantle? Whale watch from clifftops? Marvel at turquoise-blue icebergs? Walk where the Vikings first arrived in North America? Escape to ice-carved fjords? Camp under the Milky Way? Newfoundland and Labrador is no doubt one of Canada’s most wild and adventurous provinces. Discover unique experiences and things to do in Newfoundland and Labrador in my guide!

15 Unique Things to Do in Newfoundland and Labrador 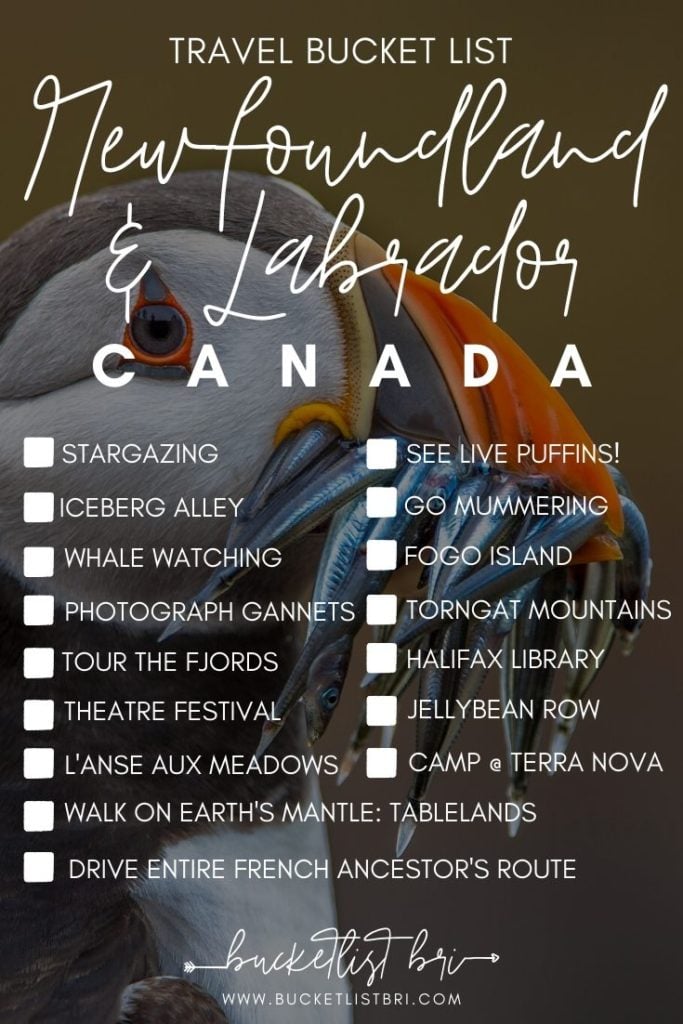 Discover Newfoundland and Labrador’s wild landscapes and breathtaking nature or dive into its historical and cultural experiences with these top things to do. Whatever you choose to do in Newfoundland will no doubt be a memorable adventure!

1. Walk on Earth’s Mantle at The Tablelands 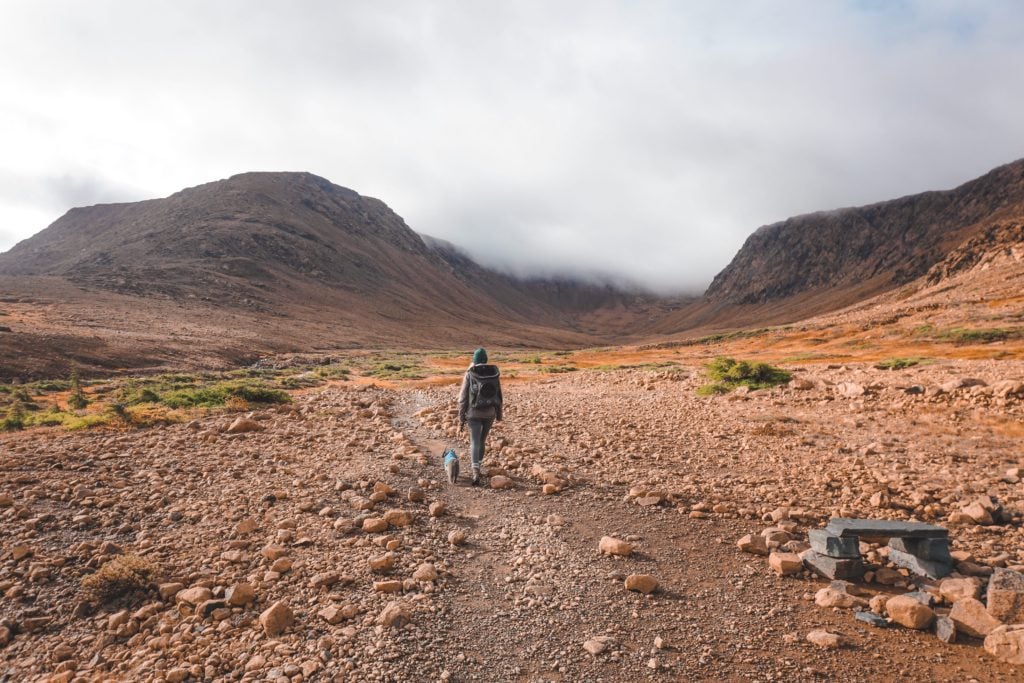 Walk among the rubble of billion-year-old rocks that once sat in earth’s inner core. The Tablelands in Gros Morne National Park is a sight to see in person! You’ll feel like you’re exploring a barren Mars and not Newfoundland’s richly diverse landscapes!

During the summer months, stunningly pristine icebergs with turquoise-blue hues come to float down what’s famously nicknamed ‘Iceberg Alley.’ You can take a boat tour to get up close to these giants or kick up the level of adventure and go kayaking!

3. Go on a Whale Watching Tour 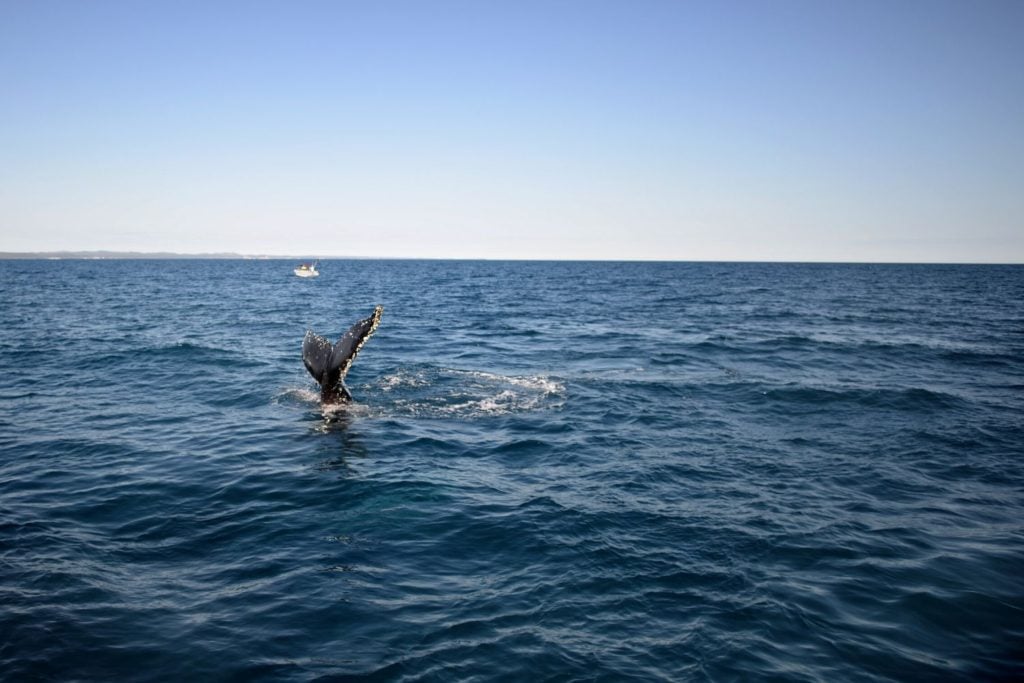 Newfoundland has some of the best whale watching experiences | PC: Canva

Newfoundland offers world-class whale watching opportunities unlike anywhere else. Go at peak season in the summer, when whales come to feed in packs and visit small towns that dot much of Newfoundland’s coastline. 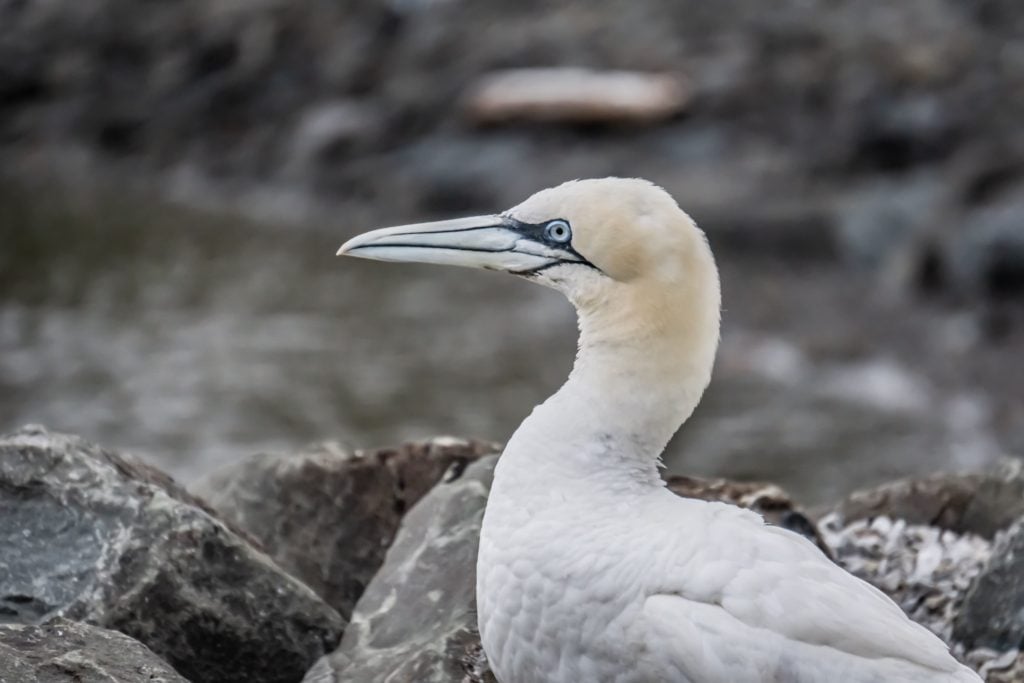 Gannets are seabirds that just happen to be North Atlantic’s largest. Watch as they suddenly plummet nose-first into the ocean to feed alongside the seals and whales that visit the coastlines. And don’t forget your camera’s best zoom lens! 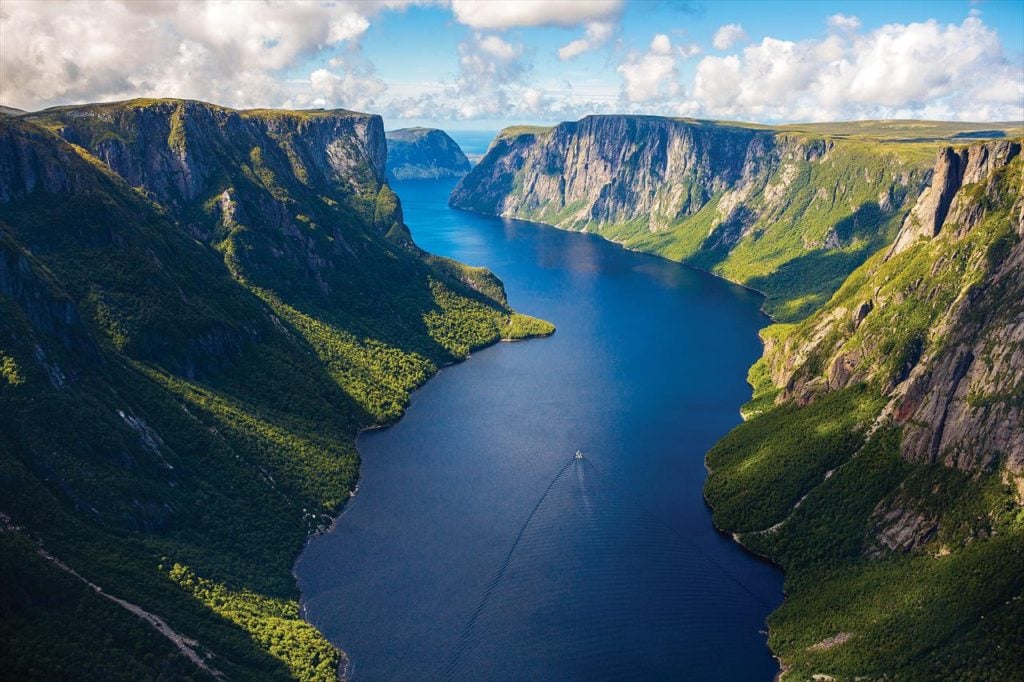 The Gros Morne National Park is a UNESCO World Heritage Site and not to be missed on your bucket list of things to do. The park has countless trails and hikes. But one activity, in particular, will take you on a boat tour through massive glacier-carved fjords, finally leading you on an adventurous hike up the cliff to peer back at the dramatic view.

If you’re traveling Newfoundland and Labrador in the summer, a world-renown cultural festival occurs across a span of four months; hosting cultural experiences, evening entertainment, live music, and world-famous theatrical shows in the small-town of Cow Head. Plan your excursions around this unique Newfoundland experience so you don’t miss out! Check it out on TripAdvisor here.

7. Road Trip Newfoundland’s West Coast All the Way Up to the Where the Vikings First Arrived in North America 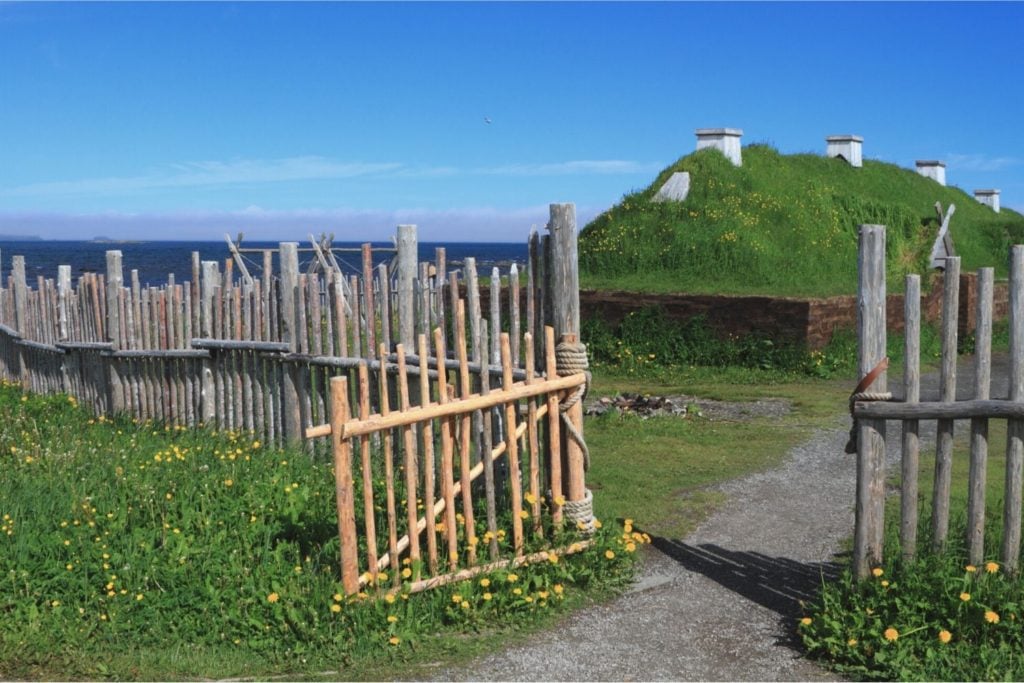 Cow Head is but just one of the many remote small-towns that speckle Newfoundland’s craggy western coastline. Taking a road trip from the ferry port at Port-aux-Basques all the way up to L’Anse Aux Meadows in the north will take up to 10 hours one-way, but that doesn’t include frequent stops to explore around the remote towns, harbors, hikes, waterfalls, and much more. What’s more, L’Anse Aux Meadows is where the Vikings first touched down in North America! Make it all the way here and you’ll be taken aback to the past this archaeological Norse site. 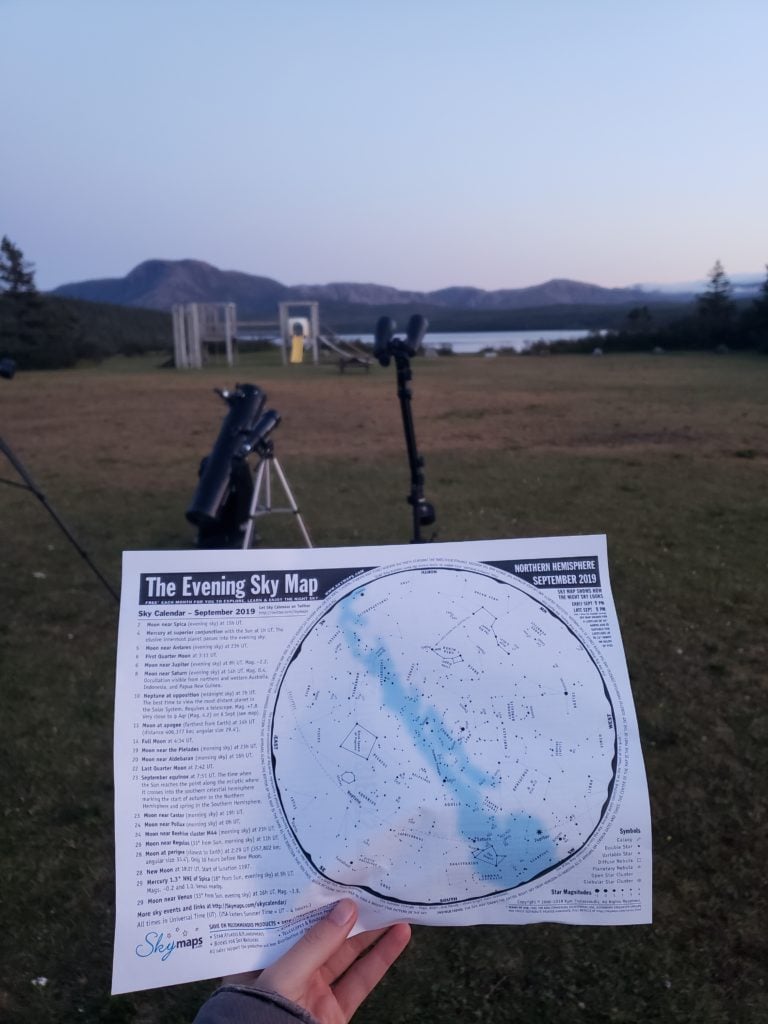 After it got dark we were told not to use our white lights from phones, etc., because it ruins your night vision. Stargazing with Parks Canada | Bucketlist Bri

With Newfoundland and Labrador being so wild and remote, there’s no better place than here to enjoy a bit of stargazing. While you can stargaze on your own nearly anywhere, search for an official stargazing event with Parks Canada to enjoy a night of hot cocoa and storytelling, as you learn how to map out the constellations above. 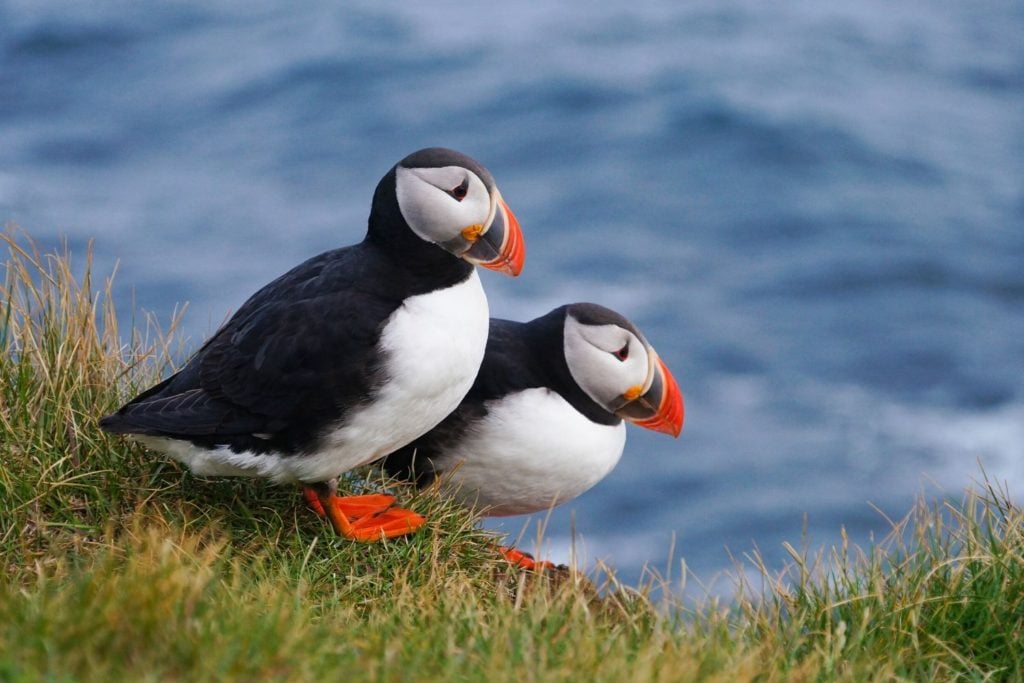 Seeing puffins in Newfoundland is a must! After all, they are the province’s official bird. Puffin watching is best during the sprawling summer season when thousands of birds dot the small islands off the eastern coast for breeding. The best place to see puffins from land is at Elliston, Bonavista, and Marberley.

10. Go “Mummering” with the Locals in Wintertime

Mummering is a centuries-old Newfoundland tradition of dressing up in albeit strange and weird masks and costumes to visit homes around the town during the Christmas holidays. You’ll likely see Mummer figurines in plenty of souvenir shops during your travels in Newfoundland. 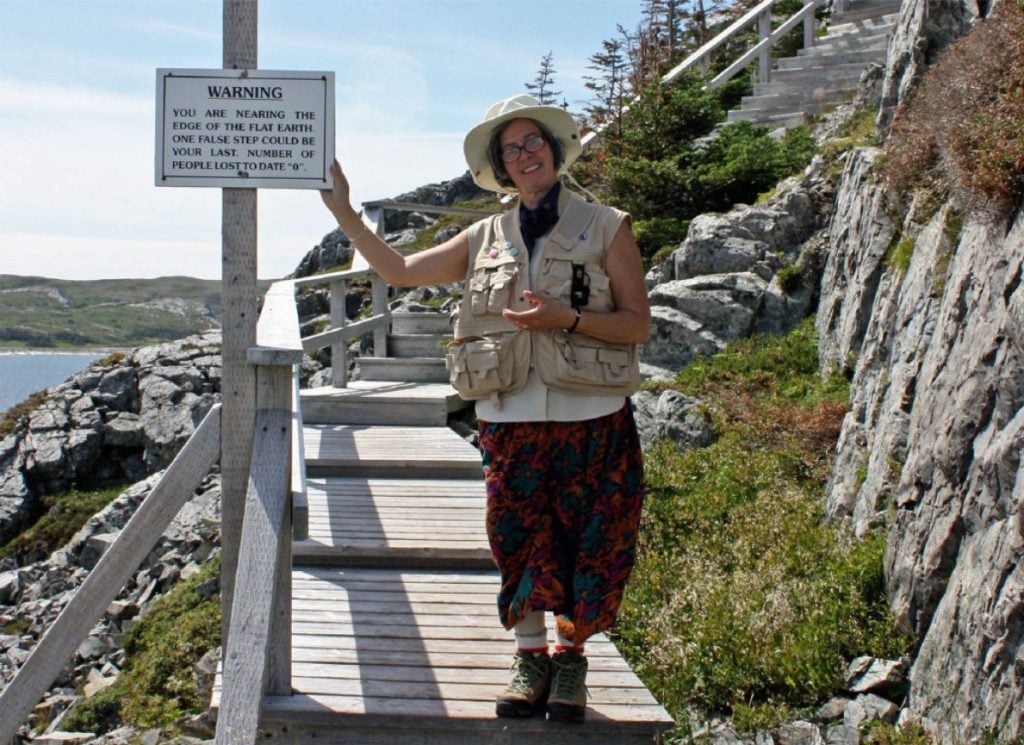 There’s a legit Museum of the Flat Earth located on one of Newfoundland’s most famous islands: Fogo Island. Flat Earther’s believe that Brimstone Head on Fogo Island is one of the four corners of the flat earth. Fogo Island, as you may know, is also home to the luxurious and sustainable Fogo Island Inn.

12. Marvel at the ‘Place of Spirits’ in the Torngat Mountains National Park, Labrador 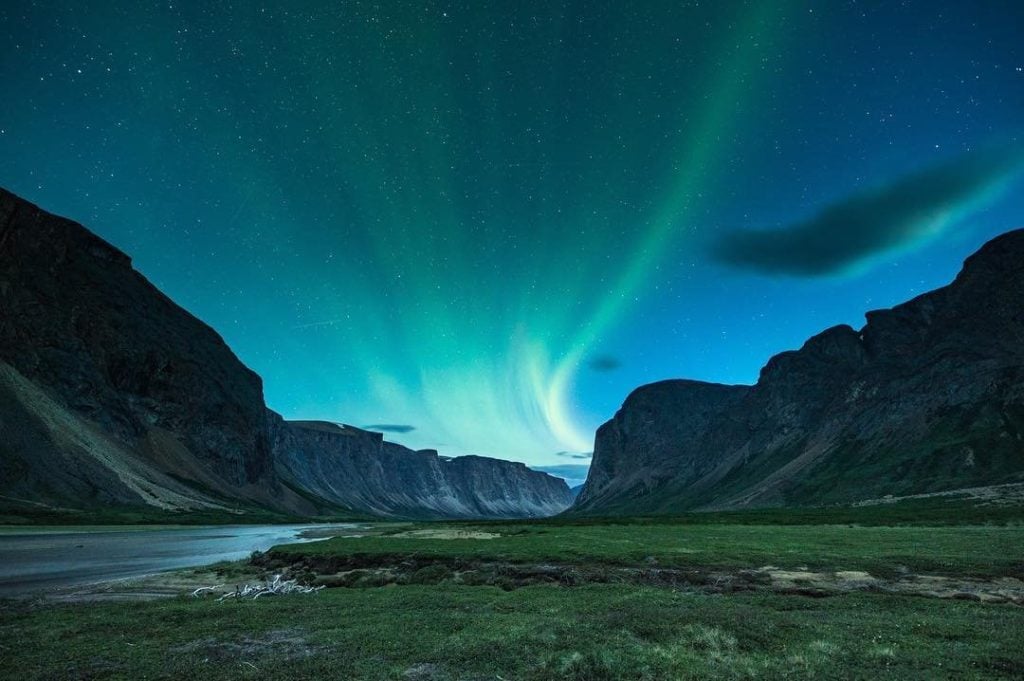 The Torngat Mountains National Park is truly an adventurer’s destination. “Mountains, fjords, and polar bears” are the prize attraction to this Inuit land also known as the Place of Spirits (for ‘Tongait’ meaning place of spirits in the Inuktitut language). I couldn’t imagine a more pristine location to go marvel at earth’s most beautiful natural landscapes. 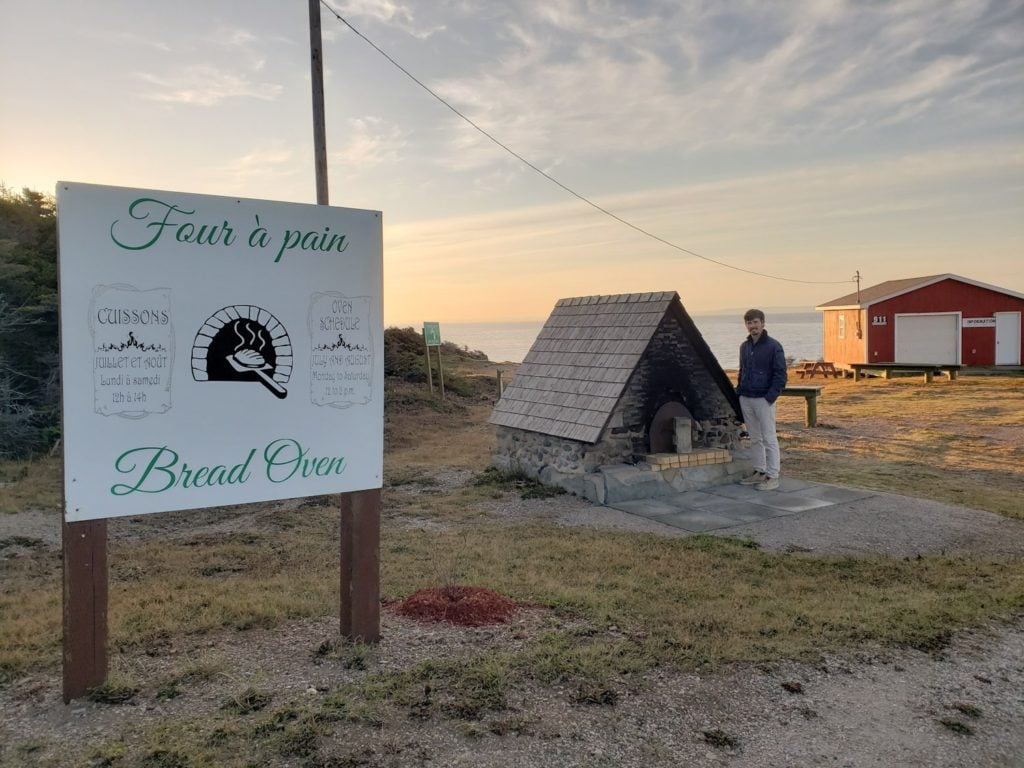 Fancy waterfalls, dramatic coastline, remote towns, and fresh French bread? Then take a scenic road trip drive around the Port-au-Port Peninsula on Newfoundland’s western coast. This route is dubbed the French Ancestor’s Route for its rich French-influence and Acadian heritage. 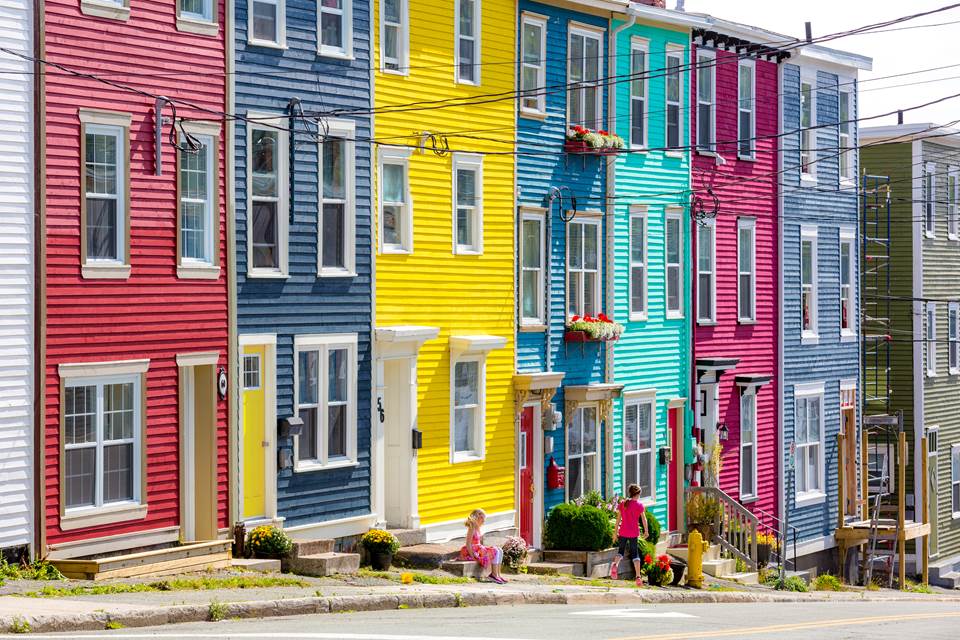 Vibrant and colorful, historic yet modern – that’s St. John’s! St. John’s is the sprawling capital and very much the hub of activity in Newfoundland. It’s where most of Newfoundland’s population resides in fact, at least over 50%, leaving the rest of Newfoundland largely remote and untouched. Jellybean Row is a popular downtown attraction and post-card worthy sight to see with all the colorful rows of houses glaring back at you. What’s your favorite jellybean color?

15. Camp Underneath the Milky Way at Terra Nova National Park

Terra Nova National Park was the very first national park in Newfoundland. Its aim is to preserve the rich wildlife and boreal forest that inhabits this land. But that doesn’t mean you can’t experience its natural beauty for yourself! Indeed, responsible for hiking, camping, and other outdoor activities are welcome. Terra Nova is the perfect spot to finally go camping in a Canadian oTENTik cabin-tent or their newest Ôasis water droplet-dome. 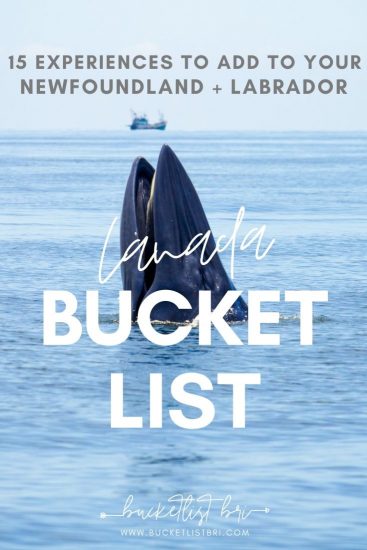 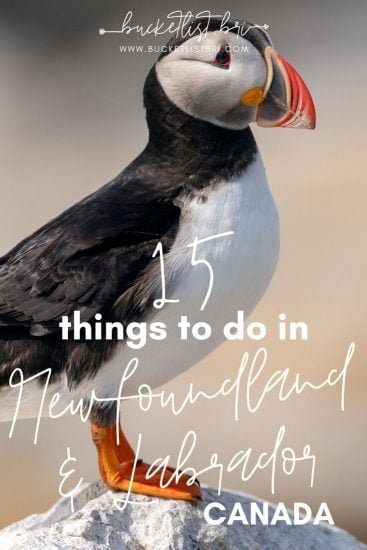 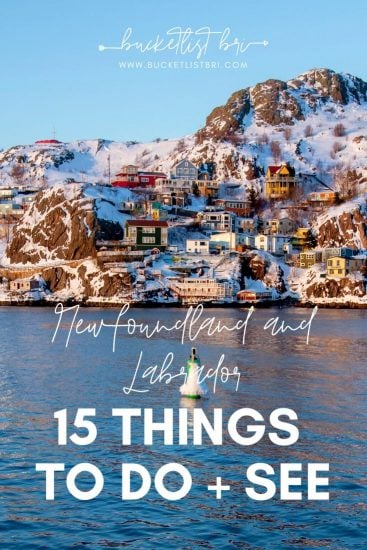 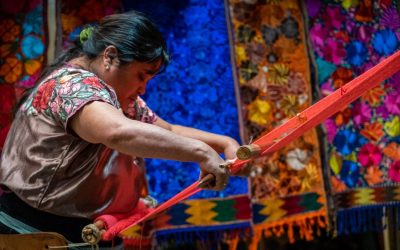 How to Visit Zinacantán & the Indigenous Women’s Weaving Co-op

Zinacantan, Mexico is a Tzotzil Maya village in the Chiapas Highlands known for its traditional textiles and women's weaving cooperatives where you...

END_OF_DOCUMENT_TOKEN_TO_BE_REPLACED 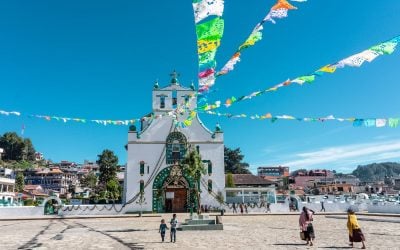 San Juan Chamula is a place of the senses. In all my travels, there's rarely been such a destination that's shrouded in both a mesmerizing mystery...

END_OF_DOCUMENT_TOKEN_TO_BE_REPLACED 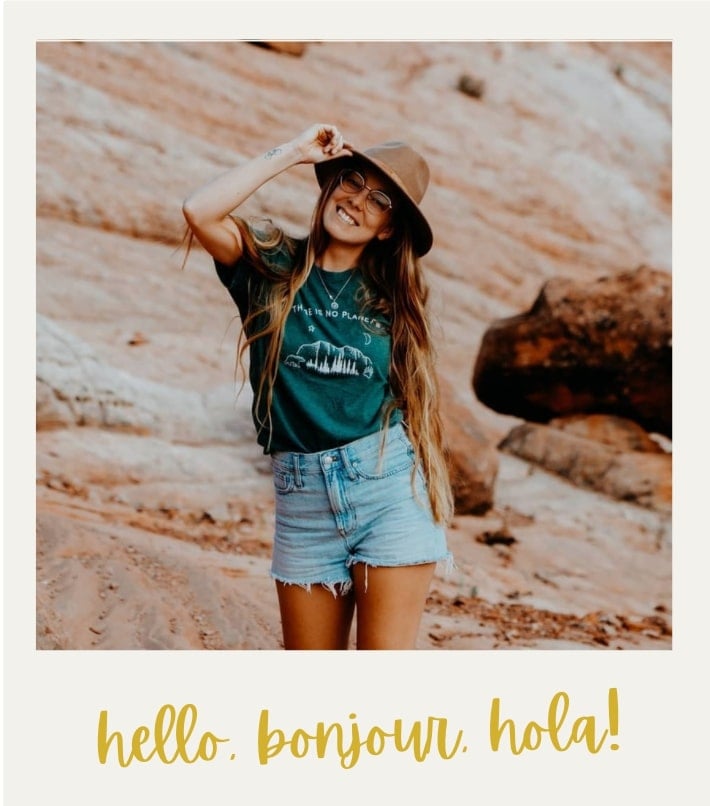