“Are we still in Washington?” I joked upon driving into Poulsbo. Lovingly known as “Little Norway,” Poulsbo is one of the few places in the United States where you feel like you’ve been transported to storybook Europe.

From the fjord-like waters of Liberty Bay to the signs reading “Velkommen til Poulsbo!” to the red and white Norwegian fluttering across historic downtown, Poulsbo is indeed reminiscent of Scandinavia landscapes and culture.

Poulsbo is a great day trip from Seattle, but as I’ve personally experienced, it reveals much more than meets the eye when you can soak up its Viking atmosphere for a couple of days.

There are lots of things to do in Poulsbo not to miss out on—like feasting on a Viking Donut from the famous Sluys’ Bakery, paddling among curious harbor seals in Liberty Bay, and more.

Here’s what to do and see in Poulsbo, Washington! 🇳🇴

Poulsbo—which is named after Paulsbo, Norway, and properly pronounced “pauls-bow” yet mistakenly registered as Poulsbo—was founded in the 1880s by Jørgen Eliason, a Norwegian immigrant. Eliason and other Midwestern immigrants established Poulsbo after finding its likeness to their native home of Norway.

However, Poulsbo’s history doesn’t end (or begin) just there. It’s very important to remember that this land was ancestrally inhabited by the Suquamish, an Indian Tribe of the Pacific Northwest, who inhabited this land, including Poulsbo and the land surrounding Puget Sound, until the non-natives arrived.

In July 2019, the Suquamish Tribe suspended its relationship with the City of Poulsbo after the community endured a tragic fatality at the hand of a Poulsbo policeman, who shot and killed Chippewa Tree Tribe and Suquamish community member, Stonechild Chiefstick. Now, three years later, steps are in place to resolve and resume the relationship between the City of Poulsbo and the Suquamish Tribe.

Poulsbo is a lovely Scandinavian heritage destination to visit, but please remember to visit responsibly and respectfully. You can learn more about the history and culture of the Suquamish, and the 1854 Treaty of Point Elliot, here.

Getting to Poulsbo From Seattle

Poulsbo is located in the Kitsap Peninsula across from Seattle, Washington. You can reach Poulsbo by car, ferry, private boat, and even seaplane!

There are two ferry crossings from Seattle to Poulsbo to take note of:

Tickets and timetables for routes can be found online at Washington State Ferries. We paid around $17.00 (for two adults crossing in one vehicle).

Tip: If you’re flying into Seattle-Tacoma Airport to visit Seattle and road trip the Olympic Peninsula for vacation, then it’s wise to rent a car at the airport to save time and money.

Where to Stay in Poulsbo

I would recommend staying one or two nights in Poulsbo to soak up the maritime atmosphere rather than breeze through it all on a day trip. Here are a few family-friendly and pet-friendly accommodation options that are close to all the action.

Bay View Bungalow — A fully-equipped vacation home with one bathroom, complete kitchen, and mountain views; everything you need for an authentic “home away from home” getaway! Book here.

Where to Eat & Drink in Poulsbo

Before we get into the top things to do in Poulsbo, take note of these awesome places to eat and drink! During our week in Poulsbo, we had the chance to knock out quite a few of the restaurants and cafes in town.

Here are some of our favorite eateries, and those we missed!

🍺 Tizley’s Europub — A no-frills Bavarian-inspired pub and restaurant serving up heaping portions and a lively atmosphere. Go early for sunset to snag a seat on the terrace overlooking downtown.

🍇 Sogno di Vino — Delicious and copious Italian fare served in a cozy, dim wine cellar-like atmosphere that’ll make you think you’re really dining in the Mediterranean! I treated myself to Dungeness crab and scallop pasta paired with a glass of white Riesling and it was excellent!

🐖 Slippery Pig Brewery — I mention the breweries in greater detail below, but we had a flavorful flight and a tasty ‘Viking Board’ here and loved it.

🦭 Brasse Kraken Pub — Draft beer and pub food set in a nautical themed-bar overlooking the bay. For a bit more upscale and refined food, head upstairs to the Loft.

Top Things to Do in Poulsbo, Washington

Sip a Craft Beer & Be Merry at Poulsbo’s Breweries

Despite Poulsbo’s small size, the town is speckled with award-winning breweries.

Each of the five breweries in Poulsbo is unique in its own way which makes it even tougher if you have time to only visit one! Poulsbo also has two wineries and a cidery in case you’re not a beer drinker.

The Liberty Bay Waterfront Park and Muriel Iverson Williams Pavilion are beautiful places to debut your time in Poulsbo.

Its home to the Port of Poulsbo Marina, teeming with boaters and marine life such as harbor seals, seagulls, and even jellyfish, and features a beautiful shelter, boardwalk, stone pebble picnic tables, free public restrooms, and a statue of King Olaf!

Thanks to the beautiful waterfront, many events take place here. Make sure to check the city’s official events calendar before or during your visit to see what’s happening in Poulsbo.

Shopping and strolling down Front Street in seek of hidden treasures is an essential thing to do in Poulsbo.

From wineries to restaurants and art galleries to antiques, Front Street has plenty to keep you entertained for an entire day.

Notable stops along this street (for foodies, anyway) are Sluys’ Bakery, home to the famous Poulsbo bread and mouthwatering pastries; Mora Iced Creamery for a delicious ice cream treat you won’t soon forget; and Boehm’s Chocolates from which the sweet scent of chocolate wafts down the street.

If you’re more into shopping and fun finds, head to the Red Plantation Marketplace for vintage and ‘must-have’ items and decor; Nordiska for authentic Nordic-inspired gifts and housewares; and, of course, the iconic Liberty Bay Bookstore housed in the unmissable yellow building for “books that take you places.”

Grab a Viking Donut at the Famous Sluys Bakery

Yes, visiting Sluys’ Bakery is a must-do when in Poulsbo — so much so that it deserves its own mention! Its donuts and other delicacies are simply scrumptious.

Even their bread is worth indulging in, as it has been sold worldwide and is a recipe inspired by the Bible, as mentioned in the book of Ezekiel:

“Take wheat and barley, beans and lentils, millet and spelt; put them in a storage jar and use them to make bread for yourself […].” 🍞

From the painted storefront to its history to its donuts the size of your head, Sluys’ Bakery is not to miss when visiting Poulsbo.

If you’re not paying attention while walking at the end of Front Street, you might accidentally skip over two of Poulsbo’s hidden gems — the Heritage Museum and the Maritime Museum.

The Maritime Museum is free to enter, and showcases “the rich maritime history of Poulsbo and North Kitsap through imaginative exhibits and interactive displays.” The other half is a gift shop with typical, almost stereotypical, Norwegian souvenirs.

If you wish to learn more about Poulsbo’s immigrant heritage and how it became known as “Little Norway” then step inside the quaint Heritage Museum open daily from 10 AM – 5 PM (from 2 PM on Sundays). The two buildings are located right beside each other.

For future programs and events, plus more information about Poulsbo’s history, you can visit the Poulsbo Historical Society.

Paddle on the Bay with a Kayak/SUP Rental

Kayaking or paddling on Liberty Bay is a quintessential thing to do in Poulsbo, especially during the summer when the days are warm.

Poulsbo is widely known for its paddling opportunities, as it is considered a gateway to the Kitsap Water Trail which offers 361 miles of shoreline to explore. Within two miles of paddling via kayak or SUP, you can reach Keyport or cross the bay to visit the Rainy Daze brewery before crossing back. The Poulsbo Fish Park is another great destination to reach by paddle.

Not to mention, while out on the water, you’ll have a great chance at spotting harbor seals, which are abundant in this spot along the Kitsap Peninsula.

Hourly rental rates from the local outfitter, Olympic Outdoor Center, range from $25 USD for a one-hour rental up to $65+ for a full day.

If you’re looking for a kid-friendly activity in Poulsbo, the SEA Discovery Center and Aquarium is the perfect place.

This local aquarium, a part of Western Washington University, aims to serve the community as a marine environmental education resource for youth and adults alike in the hopes of forging future marine stewards and leaders.

While entry is free ($2 suggested donation), it is only open Fridays and Saturdays from 11 AM to 4 PM, so your window of opportunity is limited unless you’re visiting Poulsbo over the weekend.

There are three miles of easy trails to complete with pets or small children in tow. The ponds along the Liberty Bay Estuary and Dogfish Creek are home to salmon, which can be viewed from a platform along the boardwalk trail.

As always, please be mindful of your impact when visiting this wetland and wildlife-rich greenspace; scoop your dog’s poop, pack out your trash, and stay on marked trails!

Perhaps, above all, the best thing to do in Poulsbo is attend the annual Viking Fest.

“For over 50 years Poulsbo has been celebrating Viking Fest – a celebration rooted from Norway’s Constitution Day of May 17. In Norway, it is a festival of flags and colorful processions, where children walk to the music of marching bands. Traditional Norwegian costumes are a prominent and common part of the celebrations. The festivities last from early morning until late at night. Parties with family and friends featuring traditional food and drinks are common.”

It’s one of the best times to be in Poulsbo, so if you can, plan your visit in advance to not miss out! The Viking Fest in Poulsbo usually takes place each year in May.

While Poulsbo is located in the Kitsap Peninsula and isn’t officially a part of the Olympic Peninsula, making the effort to visit the “Little Norway” of the USA while you’re road-tripping on this side of Washington is a must.

The Kitsap Peninsula is home to an abundance of culture, history, and quaint towns, and is the ancestral homeland of the Coast Salish Peoples, offering much in the way of arts and culture, agritourism, and recreation.

If you enjoy visiting Poulsbo, you’ll also love the quaint waterfront in downtown Port Orchard and the Victorian-era city of Port Townsend.

If you have any questions about what to do in Poulsbo, or if you have suggestions to add to this list, please drop a comment below! So, is “Little Norway” on your bucket list? 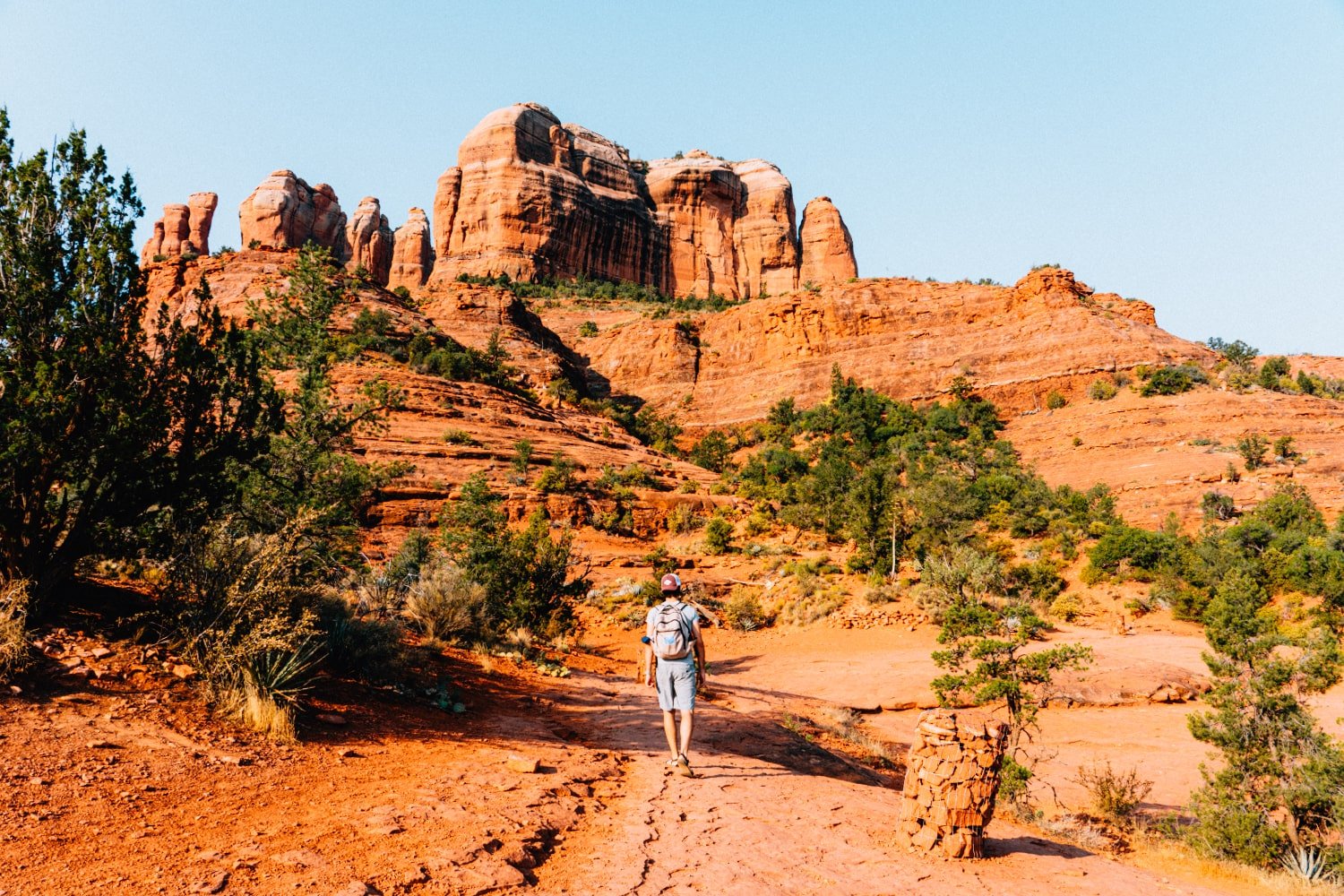 How to Spend 3 Perfect Days in Sedona, Arizona 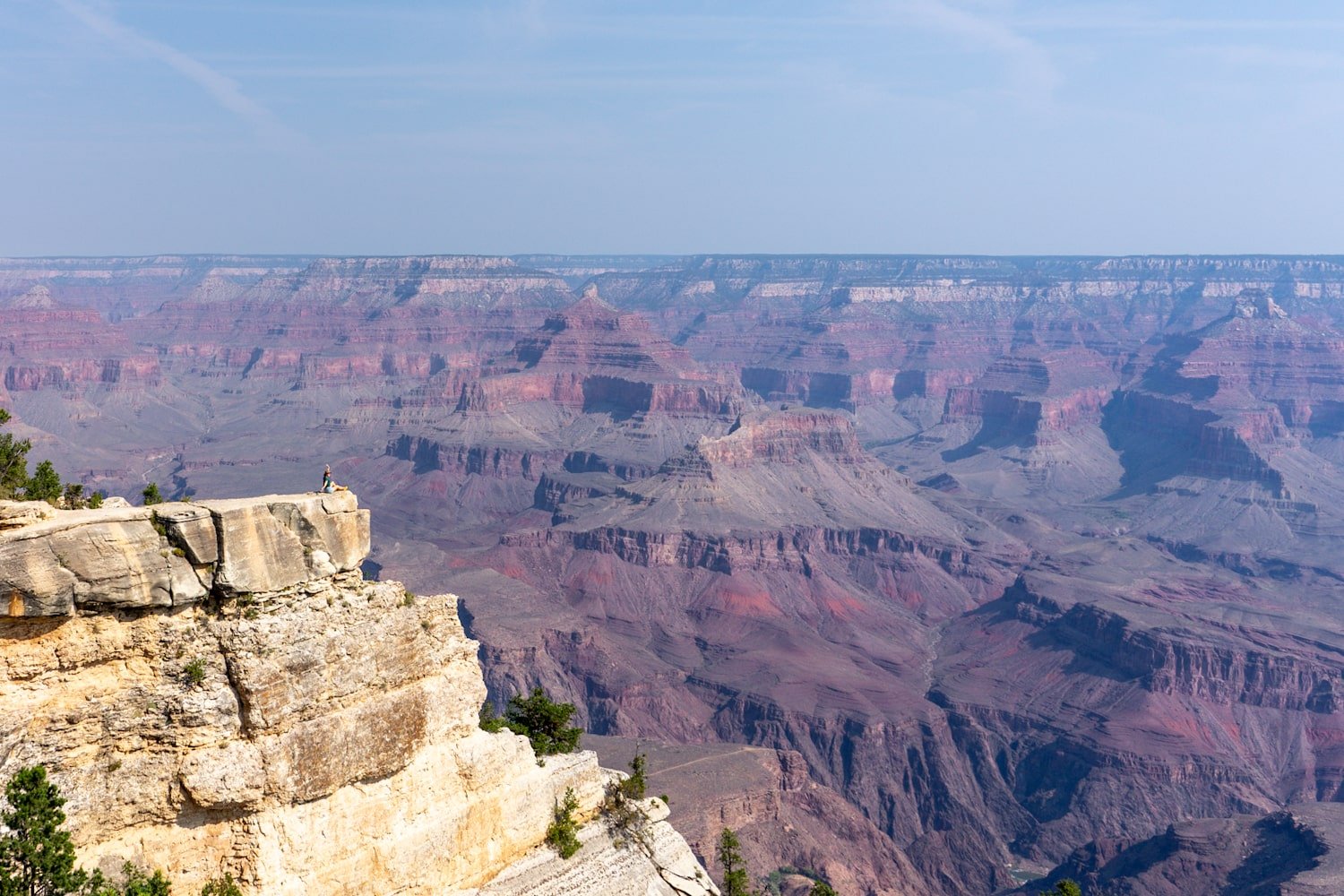 Grand Canyon North Rim vs South Rim – Which Should You Visit? 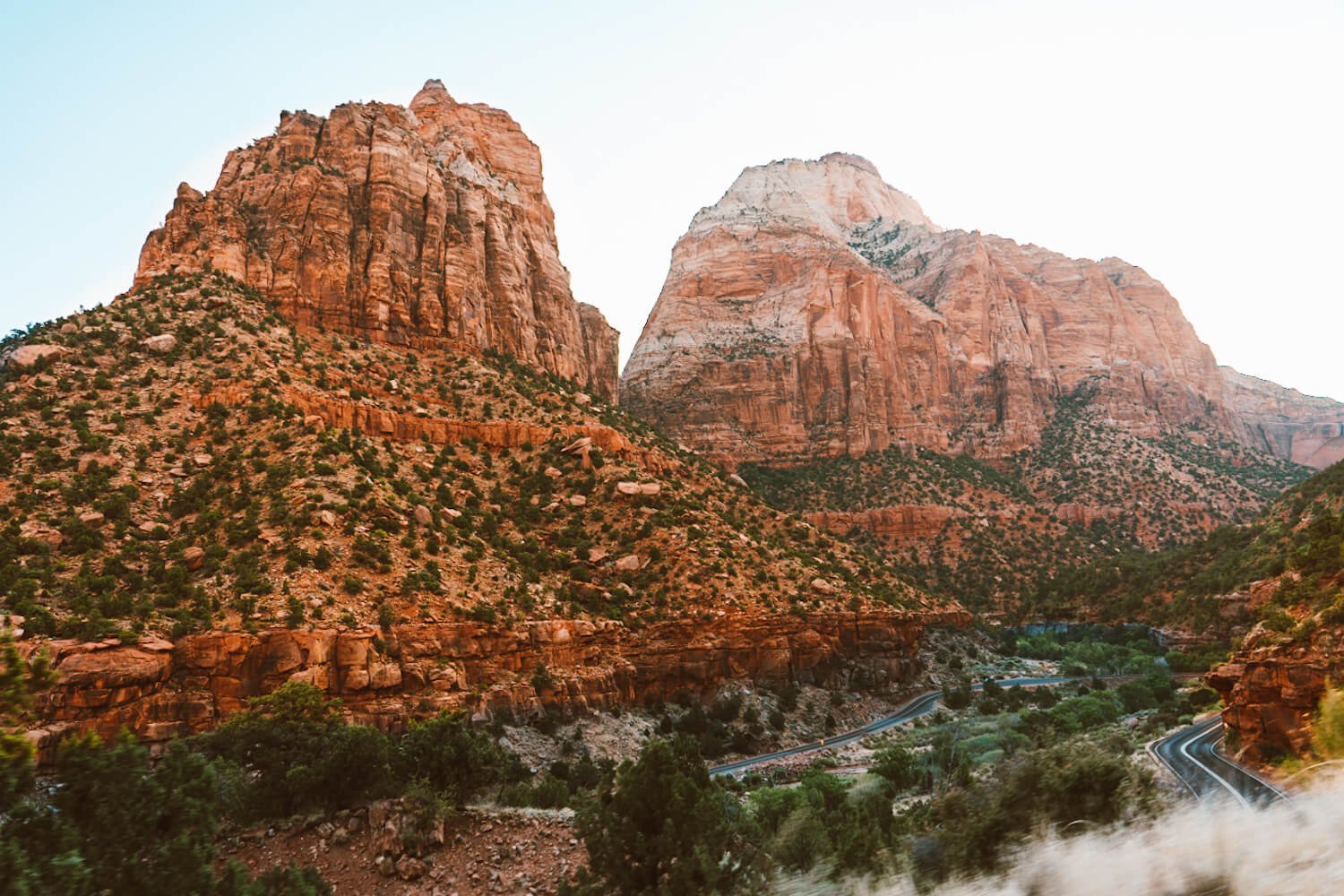 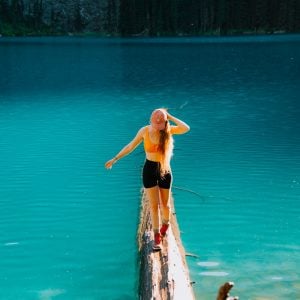 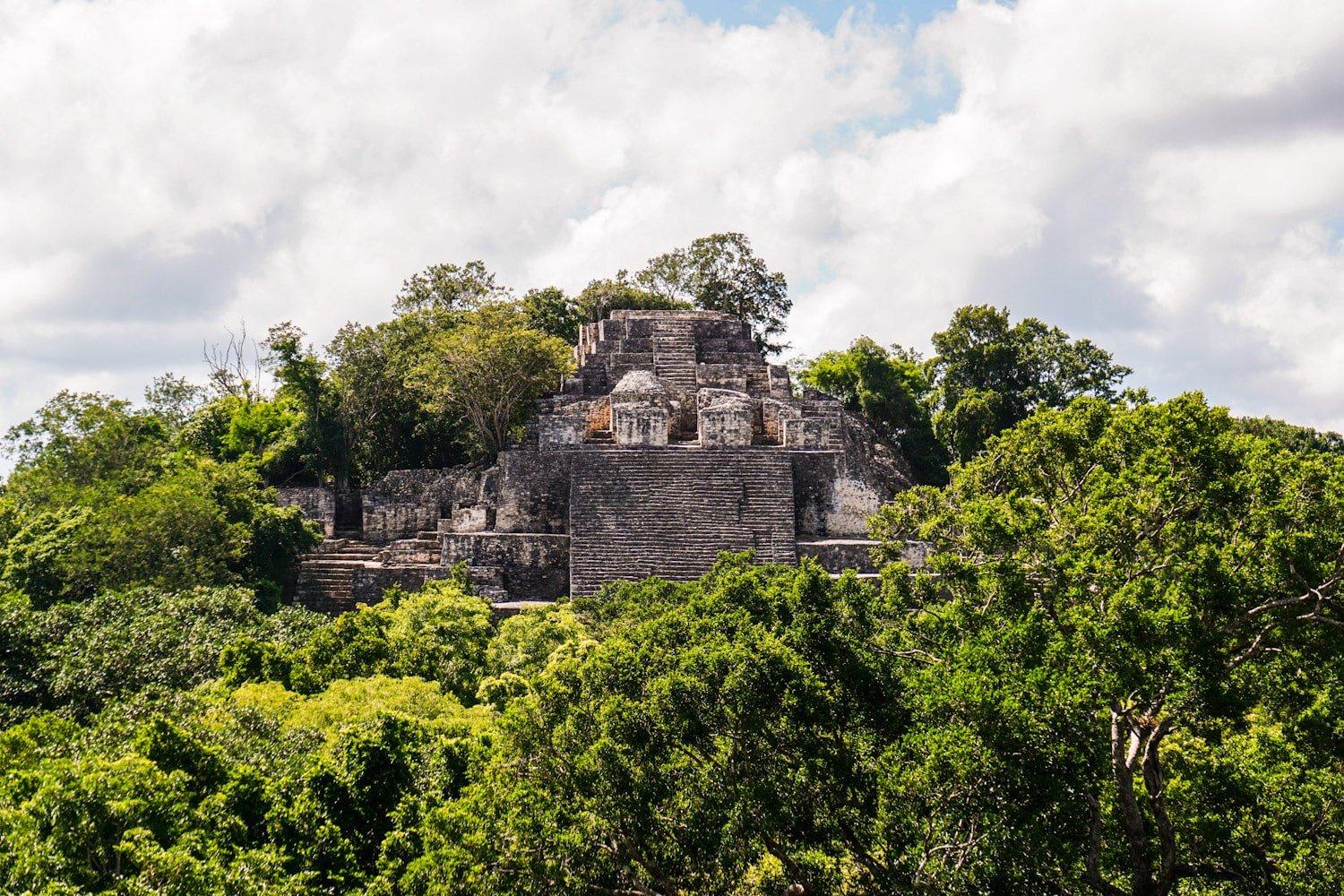 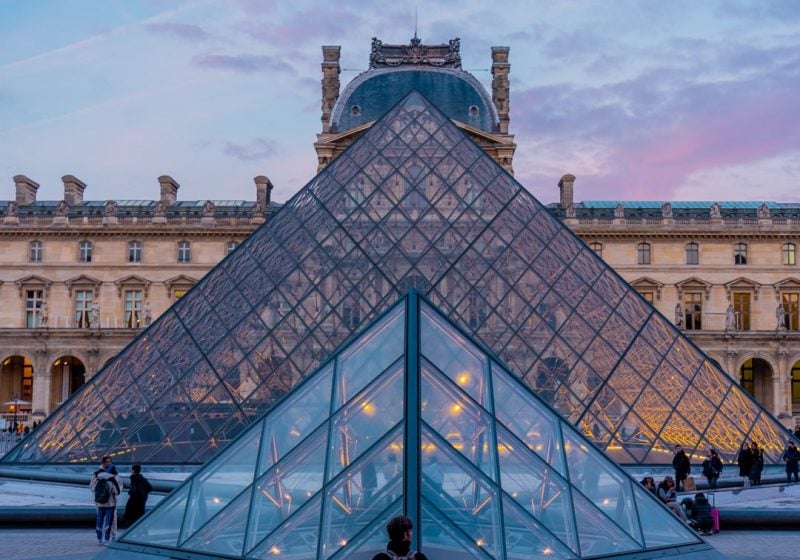 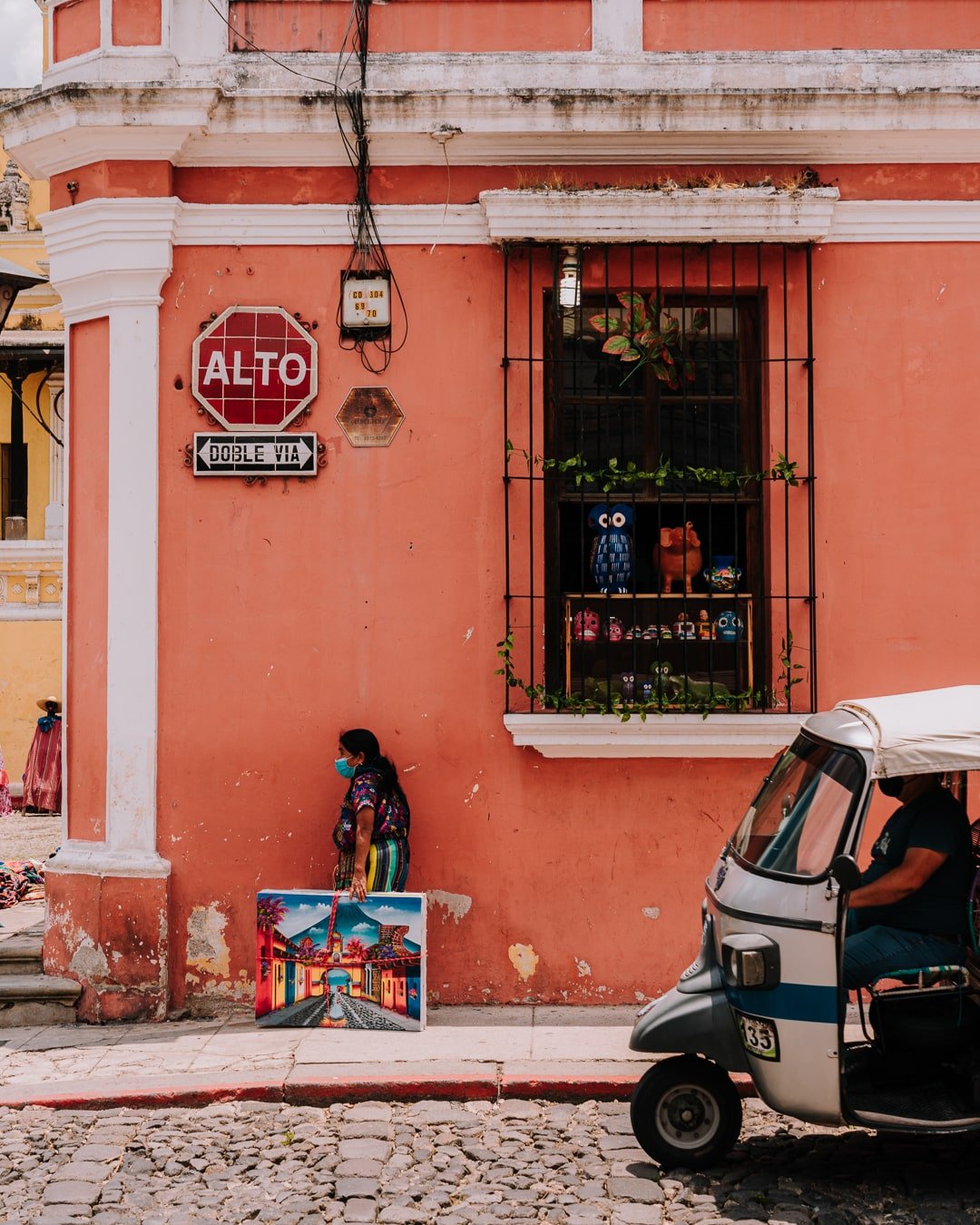 Story time! 👩🏼‍💻 This is a straightfo

We’re heading BACK to the Caribbean this weekend

“Your cat did WHAT?!” 💩 We move countries