While there have been several prehistoric cave discoveries across the world, there’s only one place where you can witness the best-preserved and oldest-known paintings — The Grotte Chauvet (Chauvet Cave) in southeastern France.

Visiting the UNESCO-listed, oldest-known prehistoric cave paintings in France wasn’t exactly on my radar. But thanks to my partner’s family being from the Ardèche region of France, we got to visit and all I have to say is this: Incredible!

If you are traveling through the south of France, along the French Riviera, or exploring Aix and the lavender fields of Provence, then make sure to take a short day trip to see the Grotte Chauvet 2 and swim in the gorges of the Ardèche River under the famous Pont d’Arc arch. You won’t regret it!

History of the Grotte Chauvet Discovery

The Grotte de Chauvet was discovered in December 1994 by three spelunkers (cavers). Jean-Marie Chauvet, Élliette Brunel, and Christian Hillaire were hiking on the Cirque d’Estre when a breeze from a nearby hole piqued their interest. They dug away at the rock and slipped inside (after returning to get their gear), and discovered what would soon become known as one of the most impressive and significant discoveries of prehistoric mankind.

Upon entering the high-roofed cavern, they explored with their flashlights, taking care to preserve the ground on which they stepped with plastic coverings. Animal bones, such as cave bears and cave lions, were found as well as remarkable hand-painted animal figures on the cave walls.

During the extensive expedition following the initial discovery, they even discovered a perfectly preserved human footprint.

The cave managed to keep everything preserved for over 21,000 years – the estimated date when the cave’s main entrance was completely closed off due to a massive, and final, rock collapse.

The oldest-dated painting, however, dates back further than that! Scientists were able to date the artwork all the way back 36,000 years ago – thanks to direct carbon dating from one of the paintings.

In an effort to not repeat the mistake of the Lascaux Cave, the oldest-known prehistoric cave paintings prior to the Chauvet discovery (19,000 years), expert Jean Clotte, who led the expedition, decided Grotte Chauvet should be protected at all costs. As such, it was decided that the original cave would never open to the public for the benefit of future generations in our collective understanding of our shared ancestors and humanity.

Eager to share this incredible artwork with the world, however, they moved forward with a vigorous plan to copy and construct a near-exact replica of the Chauvet Cave and named it Chauvet Cave 2. Today, the Chauvet Cave replica is “the world’s biggest replica of an otherwise inaccessible cave art site” with a floor area of over 8500m² (91,500ft²).

How to Get to the Grotte Chauvet

The Chauvet Cave replica is located just outside of the town of Vallon Pont d’Arc, in southern Ardèche in the Rhône-Alpes region of France. To get there, you’ll likely need to combine plane + train + car.

If you’re already in France, the easiest way to get to the Chauvet Cave is by train and car. If you’re flying into France, you’ll get the best prices if you land at the international airport of Lyon-Saint-Exupéry outside the city of Lyon. From there, it’s a 2hr20m drive.

There are also the airports of Avignon-Provence (1hr 16m), Montpellier (2hrs), and Marseille (2hrs), in case you want to price check routes to those as well. Renting a car at one of the airports would also be an option if you are comfortable and familiar with driving in Europe (note: most vehicles are stick shifts).

From any airport or mid-size town/city (such as Lyon, Montpellier, Valence, Aix-en-Provence, Saint-Étienne, etc), you can take a TGV (high-speed train) to get to Vallon Pont d’Arc.

Where to Stay Nearby La Grotte Chauvet-Pont d’Arc

The closest town to the Grotte Chauvet 2 is the endearing town of Vallon Pont d’Arc. From here, the cave is but a 4-minute drive away (3.3 mi, 5.3 km) and the famous Pont d’Arc arch. Nearby popular places to stay are:

Note: Summer months book out weeks-months in advance, so reserve ahead!

You cannot tour the original Chauvet Cave. Luckily, Chauvet Cave 2 is a near-perfect replica (apart from the shape), which you are more than welcome to tour.

The day tours are guided 1-hour visits inside the cave. If you’d prefer to visit independently, you can do a self-guided tour in the evening.

⚠️  All visitors must present either a vaccination QR code (for Europeans/French nationals) or the equivalent (our vaccination card from Wal-Mart was accepted) and/or a negative test in order to enter the park.

Note: Photography/videography is not allowed inside the cave during the tour. Luckily, all the original photos of the real Chauvet Cave are made available online here and are copyright-free.

If you would like to have a preview of the inside of the cave, do check out the below simulation in 360°. It is a wonderfully made video that really gives you a sense of the atmosphere.

Beyond the cave museum, there is much more to see at Grotte Chauvet 2.

Things to Do at Grotte Chauvet 2

The Aurignacian Gallery — This is perhaps the most fascinating part of the park beyond the cave. Here, you get to watch a short film about the Aurignacian people and then proceed into a large room with true-to-scale animals that lived during the Ice Age. You could spend hours here reading all of the prompts available. There are also games and interactive spaces for families with children.

Paleolithic Camp — Don’t miss out on live reenactments, explanations, and fun storytelling at the Paleolithic Camp area. Here, you can watch how the Aurignacians might have used tools for making fires, weapons, musical instruments, and lived daily life.

Restaurant La Terrasse — The on-site restaurant inside the Grotte Chauvet-Pont d’Arc park sources 75% of its ingredients and dishes from the surrounding region of Ardèche. Locally sourced and healthy, the restaurant is a great place to eat and discover the tastes of southern Ardèche. Despite being served in cafeteria-style form, the food is quite nicely plated and delicious.

Viewpoint / Discovery Points — Before/after your cave tour, make sure to circle the upper-level terrace for a nice viewpoint on the hills and valleys of Ardèche that mark the skyline. Also, as you walk from point to point in the park, take time to read about the expedition and construction process of the cave, which can be found at five different shaded rest areas (they’re indicated on the map you receive upon entry).

Not only are the Chauvet Cave paintings the oldest-known example in the world, but they’ve also become the earliest signs of man’s expression of art.

I always hated literary-historical interpretation in school. “This author clearly wanted to highlight the immortality of life through this wilted leaf.” But, man always tries to find meaning. And, as you go on this tour, the guides will say this shading technique – or that flick of the wrist – was purposefully done with skill and expertise. In other words, executed with meaning.

And yes, while the Aurignacian artists must’ve had a purpose for going into this cave, despite the dangers lurking in the shadows, to paint, it can be hard to really explain the “why.” No one really knows why they (or an individual) decided to represent these animals – and some human body parts – the way they did.

But what we do know is that it is indeed someone’s art — whether to create a story to tell over time, or to simply represent the majestic scenes of wildlife roaming outside the cave.

Below are some examples of paintings you’ll see inside the Chauvet Cave.

The first, and arguably the most puzzling, painting is a collection of red ochre hand-palm dots that draw the shape of a bison. No fingers were painted and used — and this detail, too, is left to debate and speculation.

The most intricate and impressive painting inside the real Chauvet Cave lies at the very back of the cave (which, in reality, is shaped like a Y and not like a circle as in Chauvet Cave 2).

The cave lion panel inside the End Chamber is the most elaborate mural of all the 450+ documented paintings. It includes 15 different species and a total of 92 animals, most of which are lions, in a spectacular work of art.

The figures seem to be in motion, which adds a whole other dimension, scale, and meaning to the masterpiece.

The Horses Panel, located at the northern end of the Hillaire Chamber is described as one of the most beautiful prehistoric artworks of all time. The four horses each have different expressions and all are shaded with charcoal in exceptional detail using the stump-drawing technique.

While less elaborate, the other panels and paintings inside the Chauvet Cave are no less mesmerizing. Animals represented on walls and rock formations are wooly mammoths, leopards, cave lions, cave bears, reindeer, wooly rhinoceroses, bison, and more.

There is a single human footprint, perfectly preserved, in the soft soil inside the Chauvet Cave. Above it are black burn marks on the rock wall, likely from the hand-held torch. Ashes and embers, from manmade fireplaces, were also found.

Thanks to carbon dating from the charcoal near the footprint, scientists were able to date the footprint, which apparently belongs to a young teen boy, back 26,000 years ago.

Things to Do Nearby the Chauvet Cave

Since you’re a stone’s throw away from the refreshing Ardèche River, Ardèche Gorges, and the famous natural arch of Pont d’Arc, you should take the opportunity to go visit, swim, camp, hike, and kayak!

Check out the kayaking, canoeing, and canyoning tours you can do here!

Grotte Chauvet — Is It Worth It?

Seeing the replica paintings inside the Grotte Chauvet 2 is a wonderfully moving experience. The way the lights dim and flicker and cast shadows over the incredible works of art, as if you were actually there 21,000-36,000 years ago with a torch in hand, will give you goosebumps.

How absolutely incredible and mind-blowing to see human presence so vividly after thousands of years. If you have the chance to go, definitely add visiting the Grotte Chauvet in Ardèche to your France travel bucket list! 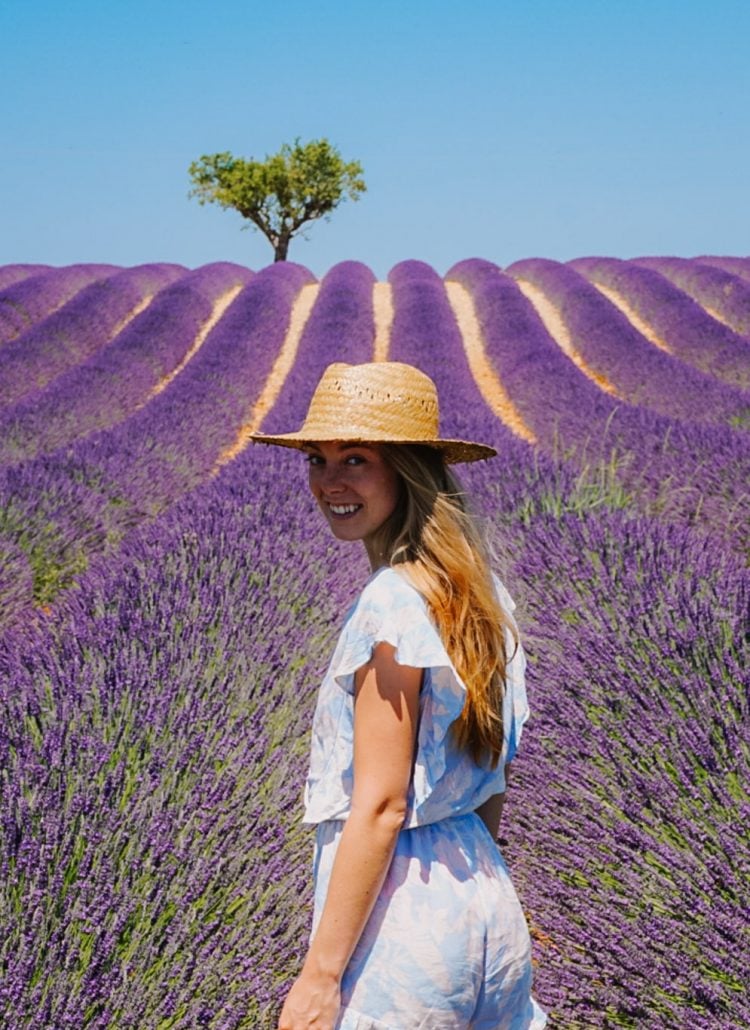 Visitor’s Guide to the Provence Lavender Fields in Valensole, France 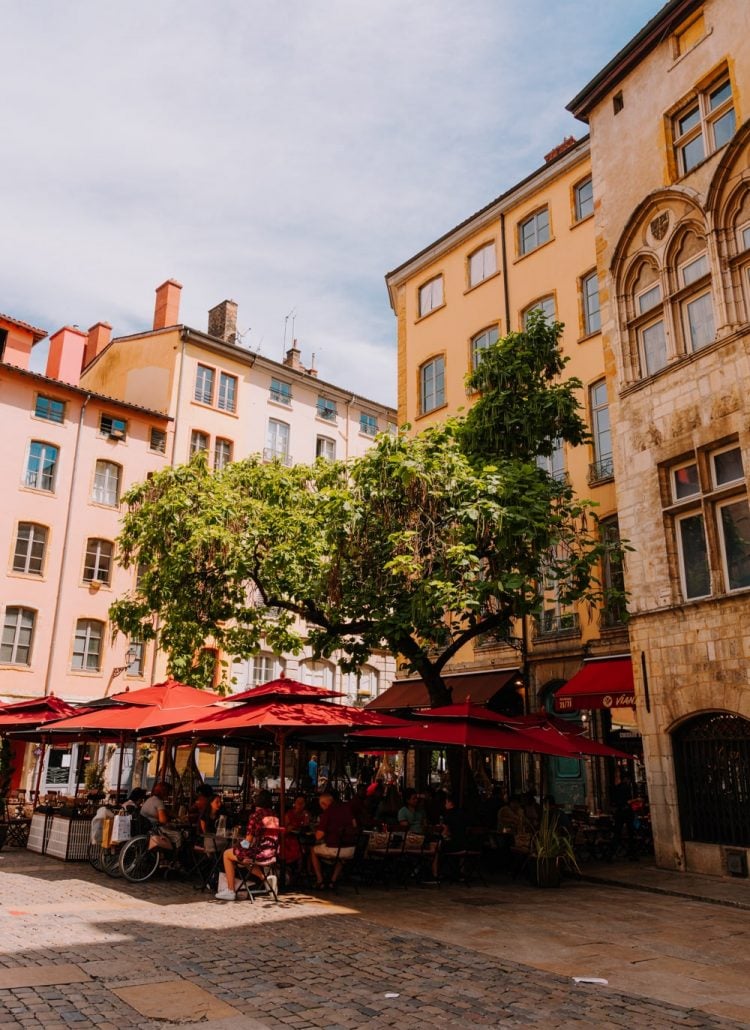 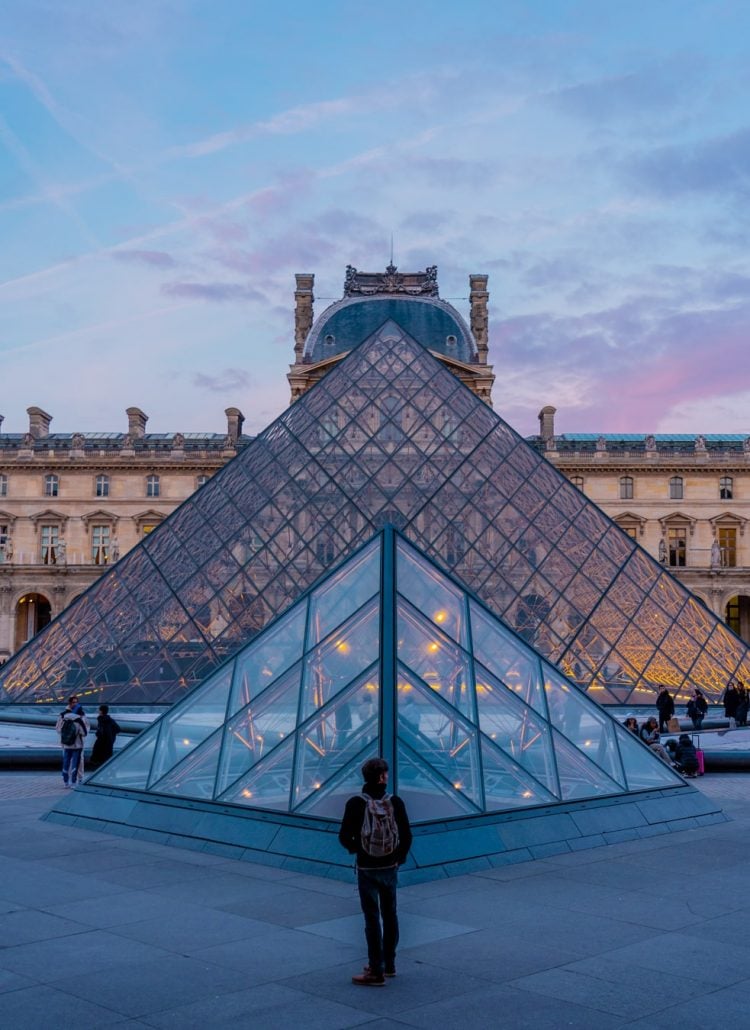 Paris in a Weekend: The Perfect Itinerary for 2 to 3-Day Trips 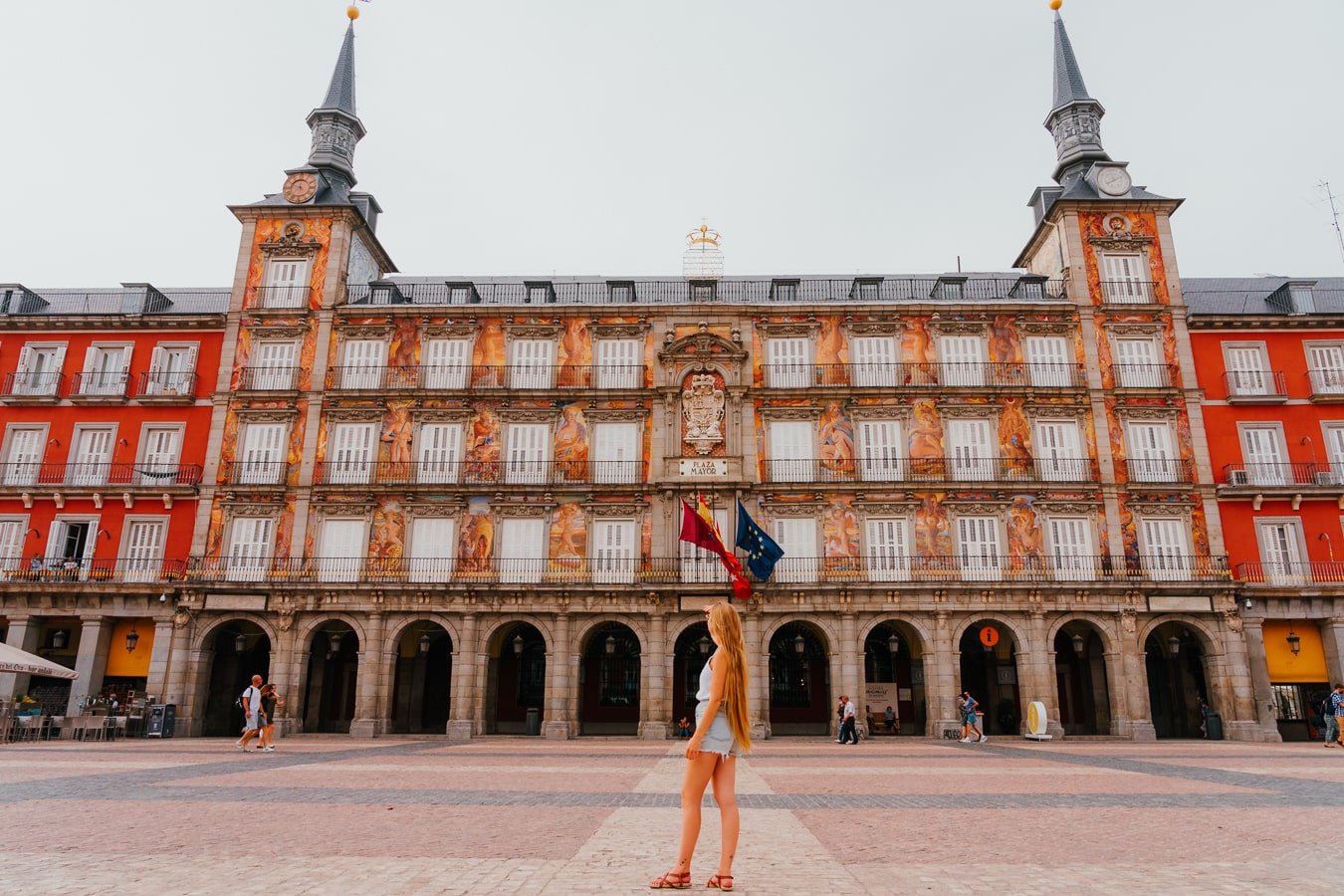 24 Hours in Madrid, Spain: What to Do During a Long Layover 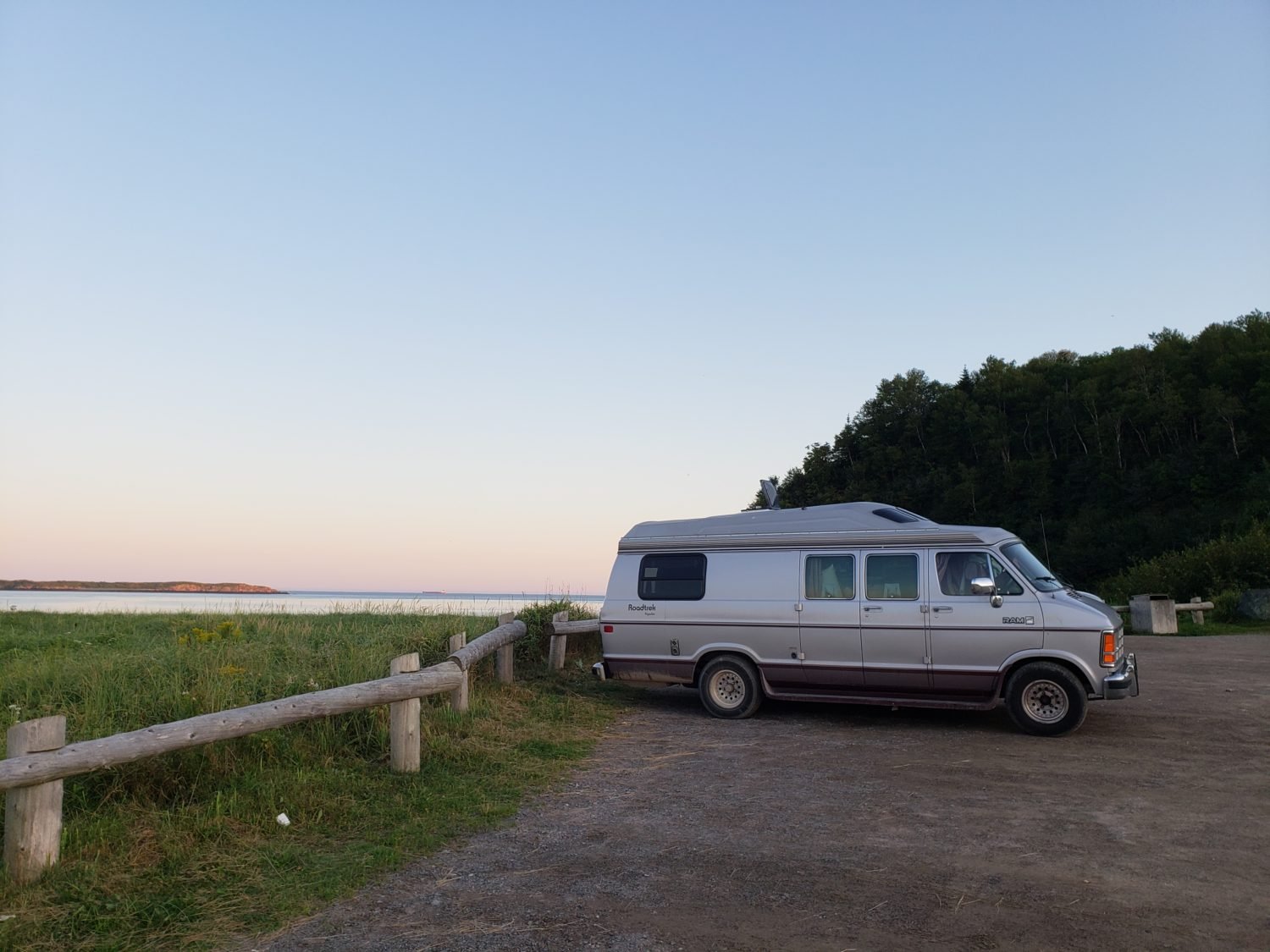 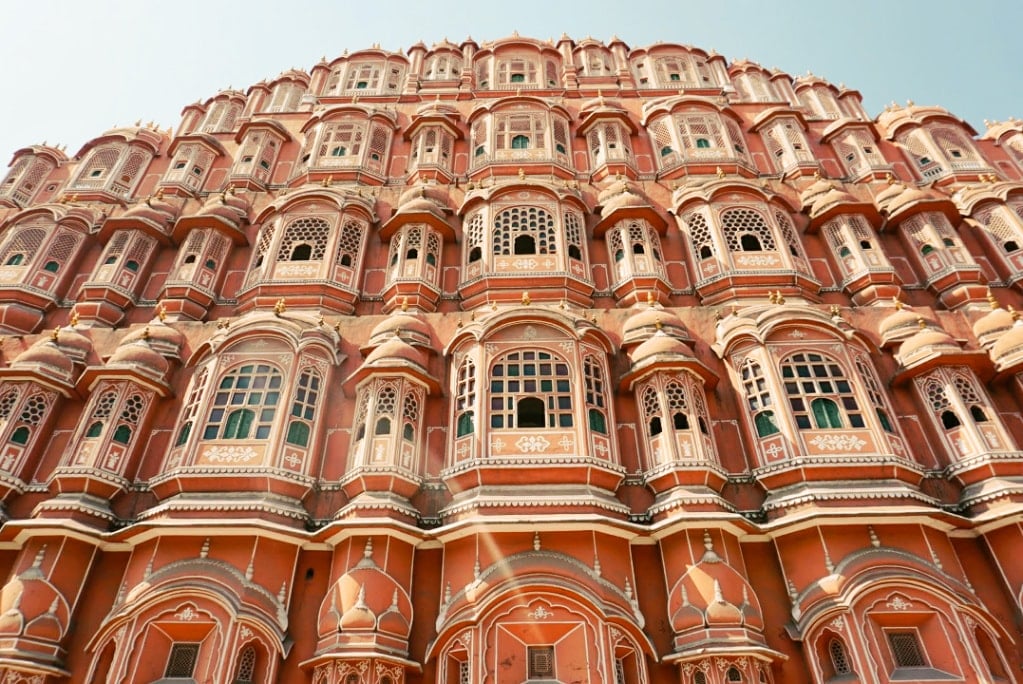 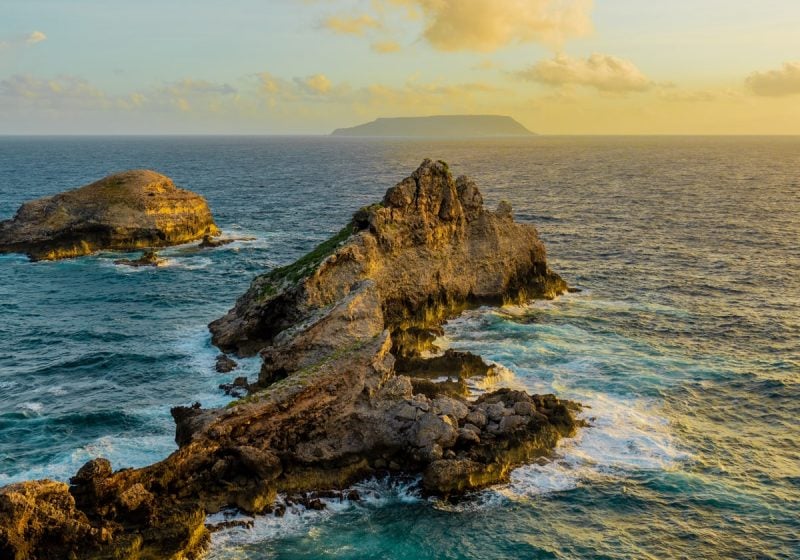