It’s official! We’ve been living for over 1 whole year in Mexico. And I just can’t get over how fast it’s gone – how fast it’s going! While I’ve been slow on blogging these past few months, I want to catch up and talk about our experience living in Mexico so far.

The truth is, I used to blog a whole lot more when I first lived in France (2013-2014) and when I moved to Nepal (2015-2016). But it makes sense. Those countries were my first “living abroad” countries, so naturally, I wanted to share my experiences. But after living in my 4th, 5th, 6th, now 7th country, I’ve realized I’ve gotten used to the “living abroad lifestyle” and I no longer see it as such of a novelty whenever I move somewhere new.

But hey – moving is a big deal. Whether to a new house, a different State, across the country, or to an entirely new continent.

There are lots of lessons and experiences I’ve learned that I’ve never voiced because for me moving and living abroad seemed quite normal. There’s also getting caught up in a routine. And being in school. Not having spare time.

But I’m simply d-o-n-e with all the excuses I’ve had for not taking my travel blogging seriously.

If I had started writing back in 2013, in detail, making travel guides for every place I went and every experience I did, and sharing everyday moments about my travels, it would be safe to say I would already have a much more substantial following that probably would’ve changed my direction in life. But I’m still traveling and blogging, just slower.

Nothing is ever too late and nothing is stopping me from starting to blog, at least the way I’ve felt like I should’ve been doing for so long (aka not dragging my feet or procrastinating).

Living abroad is not always sunshine and palm trees 😉

So here I am, writing about what it’s been like living in Mexico one year later. I’m doing it!

To say it has been a paradise, a dream, would be to sugarcoat what my lifestyle of travel is really like for me. Yes, living by the beach in a country where the people are so welcoming and friendly, in a location where it feels like a tropical summer year-round, is indeed what dreams are made of (at least for me, I love living here), but that’s not all to be understood from this lifestyle.

Most people view the pros of living abroad and compliment on the adventurous side of it. Which is entirely fine. But hardly do I share the struggles of moving, again and again, into a new culture. Learning how to make new friends, how to settle, how to get from point A to point B. Learning a new language, assimilating into the community.

All of that takes extreme amounts of effort, flexibility, and an open-mindedness to learn everything (again) from scratch. For some people, that might sound literally exhausting and not worthwhile. But for me, personally, the pros of learning – and all the experiences and lessons that accompany it – over and over again, each time differently, greatly outweigh all the cons.

So, living in Mexico. What has it really been like?

I think Mexico is an extremely misunderstood and undervalued country.

I haven’t been everywhere, hardly anywhere actually, but Mexico is one of the countries that has surprised me the most – in all the best ways. The country is incredibly rich in diversity, nature, people…

It just is breathtakingly beautiful and I feel that many people have a very sad misconception about it. Once they realize, though, how amazing Mexico really is, I feel it will quickly become one of the top travel destinations in the world. It’s already happening, slowly.

Mexico is so diverse! As I said, this country is gigantic and there are really incredible places to visit. Even after a whole year, Paul and I haven’t even scratched the surface, and we’ve been to 5 states!

We’ve got the Caribbean, amazing natural water holes (cenotes), magic towns (pueblos magicos), innovative cities, mountains, and not to mention a deeply-rooted, strong presence and influence of incredible indigenous groups (like the Mayans and Huichol). You wouldn’t be able to explore it all even in a lifetime.

Mexican women are some of the most diverse and simply gorgeous individuals I’ve ever met.

Mexico is so incredibly diverse, the mixtures of people are sometimes truly astounding. I’ve met so many awesome, strikingly beautiful women here, inside and out.

There is no such thing as a “type” of Mexican look. And it’s funny because you often see people (usually Americans or Canadians) asking some Mexicans where they’re from (because they’re light-skinned or have blue or green eyes), and they reply “from Mexico…” I’m guilty of thinking the same thing when I first got here. But that just shows me I was holding on to pre-learned biases and stereotypes that aren’t at all accurate!

Mexicans are extremely welcoming and are happy to share their culture with you!

Friendly and welcoming, Mexicans make me feel right at home by sharing their culture and sense of community with me. They have a strong sense of responsibility to look out for their foreign friends. I have not lived in a bigger city in Mexico, but even so, the people I have met who are from the city are just as friendly as anywhere else.

Mexicans like to drive fast and are slow at pretty much everything else. 😉 (How’s that for a stereotype?)

Haha, while this one is somewhat of a stereotype, I can attest to the fact that Mexicans love to drive fast on their highways and are constantly trying to overtake one another, which is why there are thousands of speedbumps (topes) everywhere in the most annoying places. TOPES everywhere!

On the other hand, you can expect events to start much later and people showing up “late” for a meeting (which I’m used to after living in France, lol). They also love to take your finished plate away super fast and then bring the bill extremely slow. Of course, these are just fun cultural observations! :p

Why do so many Americans/Canadians live in Mexico?

Take a vacation in Mexico and you’ll quickly realize millions of Americans and Canadians live in Mexico as expats.

Mexico is just an amazing country to live in.

It’s much more affordable to live here than in a big city in the States (with some exceptions, of course..).

Food is delicious and mostly cheap, but you can splurge on international cuisine if you’d like.

The same with rent. Some towns are extremely affordable (like $200-400 a month), and then you have places like San Pancho, where development is rapidly increasing and landowners are closing in on the rent gap (we pay ~$650/month).

It’s especially common to meet both Americans and Canadians living here part-time for 6 months between November-April, which marks the high season in Mexico.

Everything is generally more expensive during high-season (travel, food, rent, activities..). But it’s nice when the low season starts and everyone leaves. We basically have a beach town all to ourselves, with the folks who live here year-round (expats + locals alike).

Beyond just the $ savings, Mexico offers so much for seekers of year-round sunshine! Tropical weather, cheap beer and tacos, Caribbean beaches, incredible cities, national parks… You name it!

The cost of living in Mexico (1-year update)

The cost of living in Mexico varies greatly depending on where you choose to live.

So I’m just going to report on our experience from living in a small yet popular beach town on the Pacific coast.

What a couple spends living in Mexico per month (on average):

Food: $200? Local markets/produce is super cheap but gets expensive as soon as you buy anything canned, foreign, or organic.

Activities: $150? We spend most of our “entertainment” on eating out, grabbing a beer, going to events in the town.

We don’t have a car, nor do we usually do anything extravagant. Not to mention we walk or bike everywhere, or hitch a ride.

Now I’m realizing we’re not a good base model to give an accurate amount of how much it really costs to live in Mexico! Oops. Terrible.

Let’s just say we spend most of our available funds on travel itself. And food/drink.

What it’s been like living in San Pancho, Mexico

San Pancho is like it’s own bubble in Mexico. It is an extremely paradisiac-like town with a strong sense of community.

So many tourists compliment the down-to-earth vibes and community feeling when they visit. It’s just an amazing place to spend your time, whether you’re building a business, writing a book, volunteering, or just hanging out.

Everyone I’ve spoken to intimately came to San Pancho for a very unique reason. And most often, that reason coincides with healing from something. The town just draws you in, cradles you and inspires you, and then whisks you off onward to new adventures whenever it’s time to leave.

As ooey-gooey and romantic as that sounds, the town struggles with its own problems, of course.

But without negating its very real-life problems, San Pancho is just what my soul needed.

To sit out and watch mesmerizing sunsets while inhaling in the ocean spray, to share with strangers, friends, and discuss all topics, to be supported and cared for…

Thanks for reading about my reflections living in Mexico! I’d be so happy for you to follow along as I share my travel guides and stories about Mexico (and beyond!)

If you have any questions about living in Mexico, like visa-related questions, weather, affordability, or any question at all, just let me know in the comments below or feel free to send me an email. 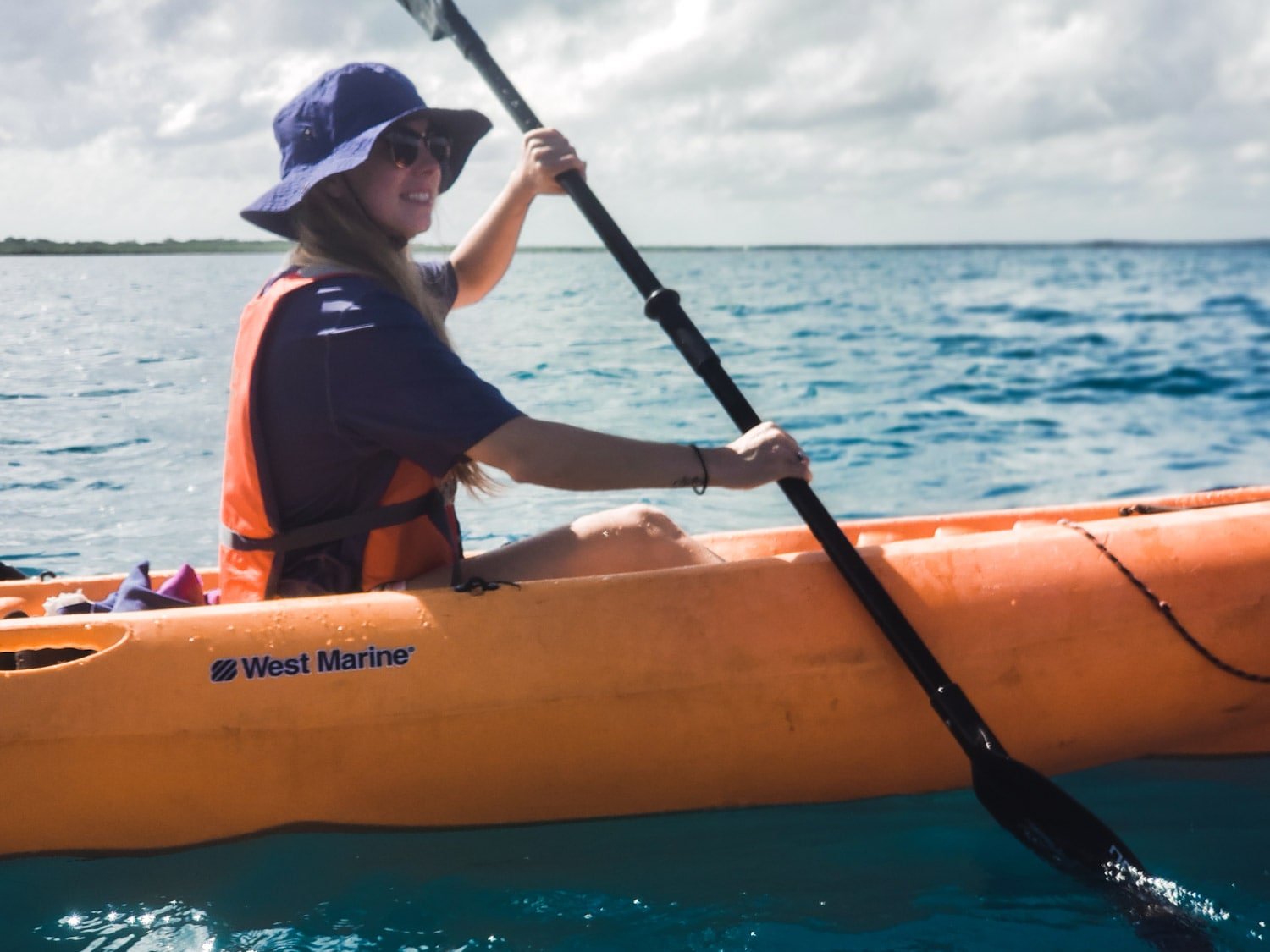 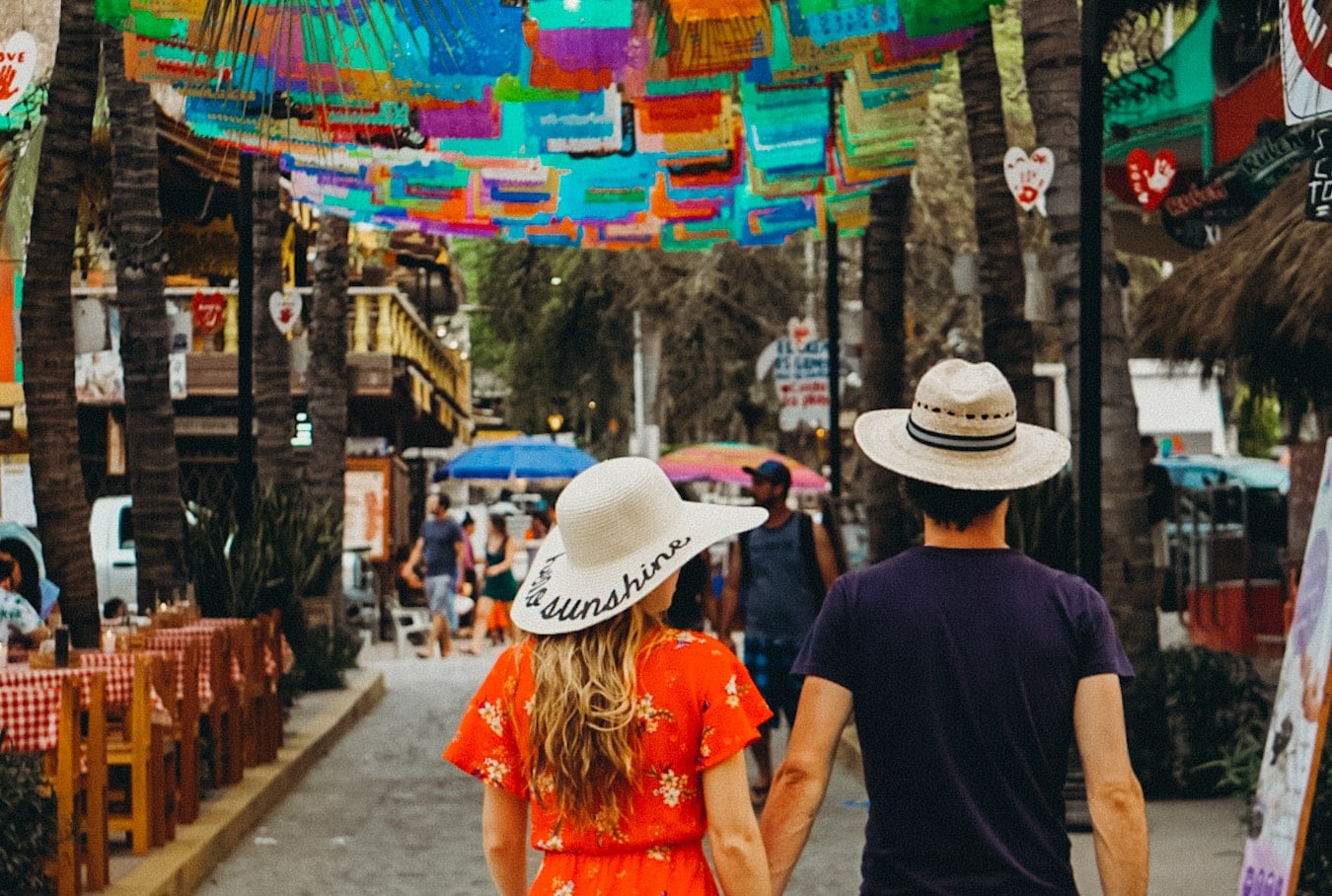 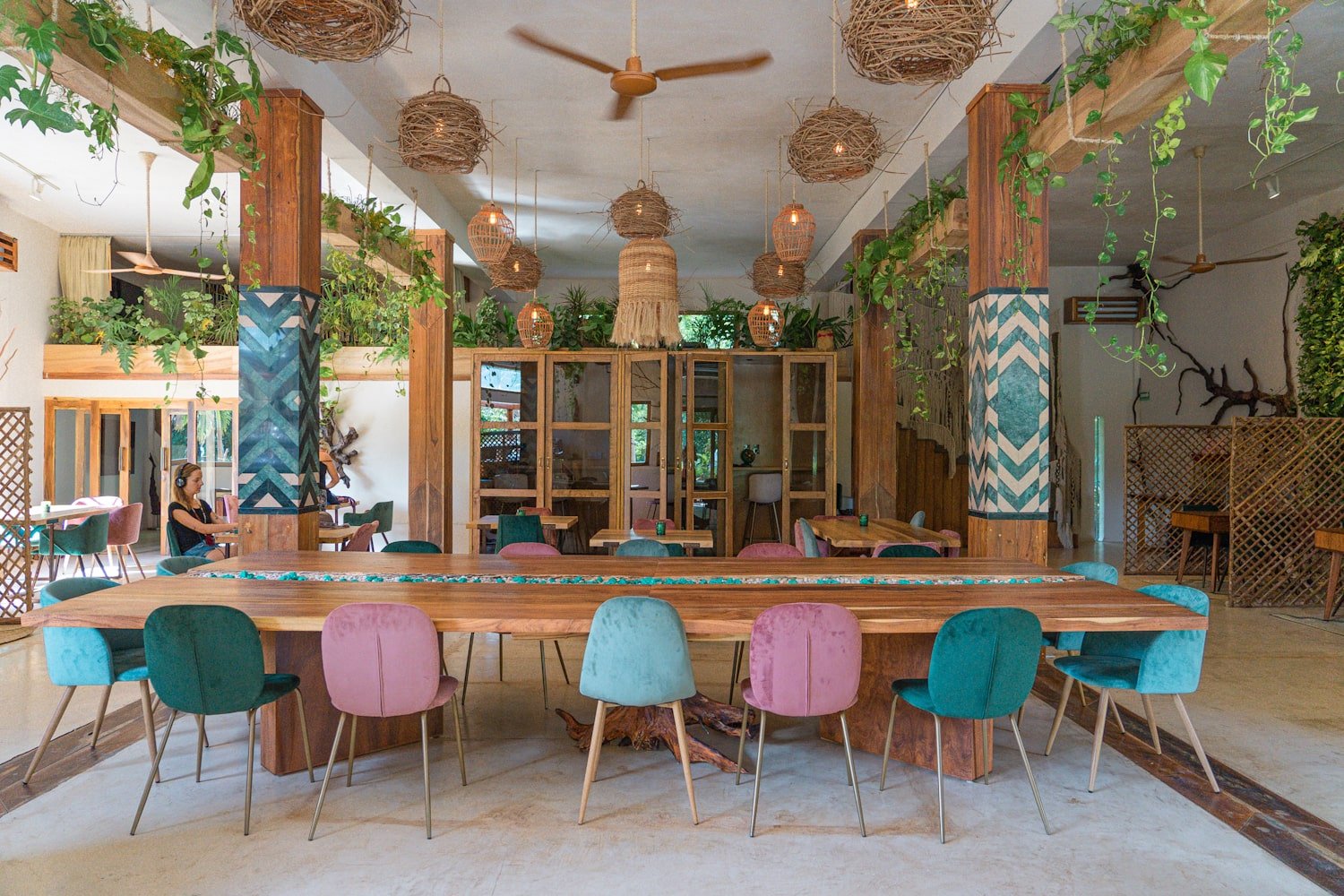 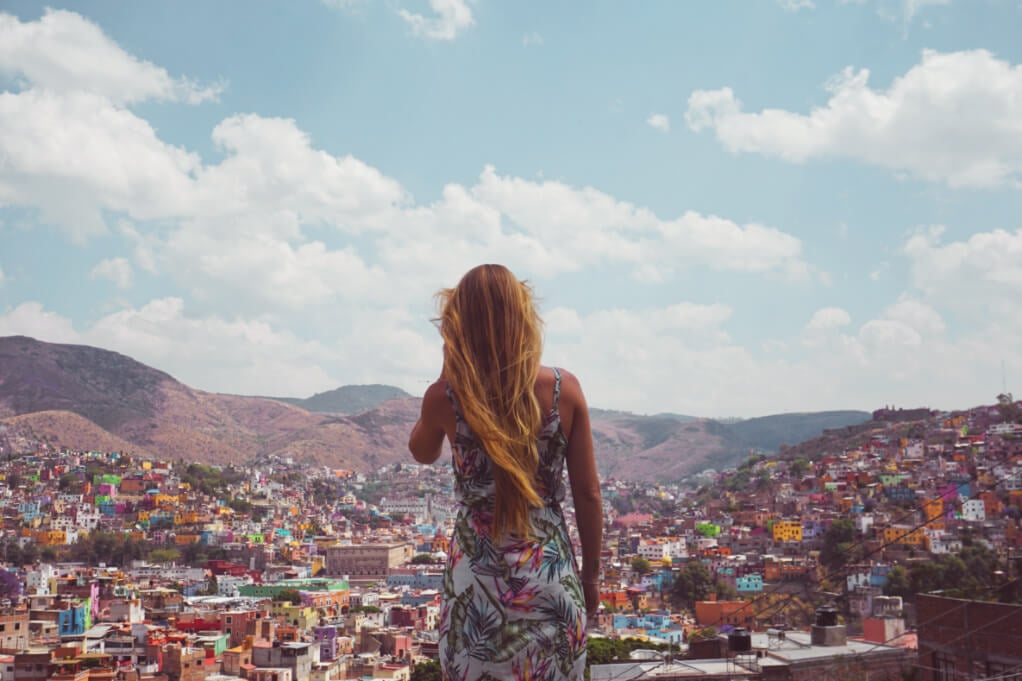 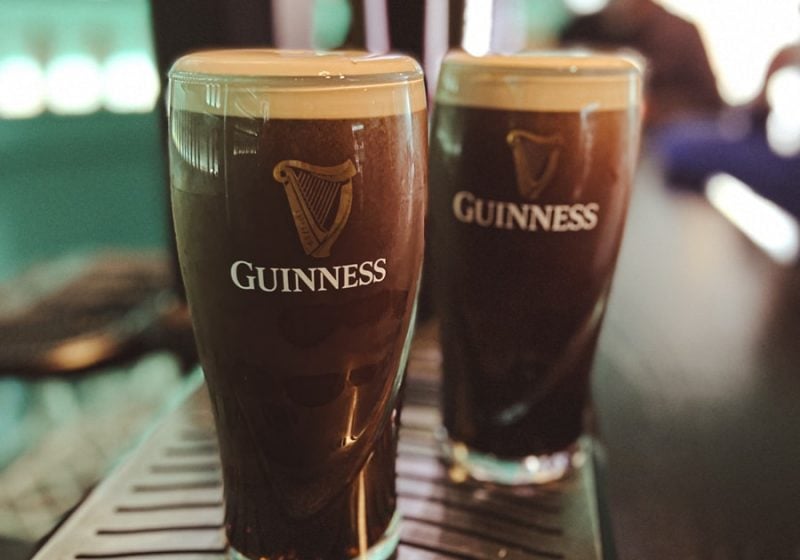 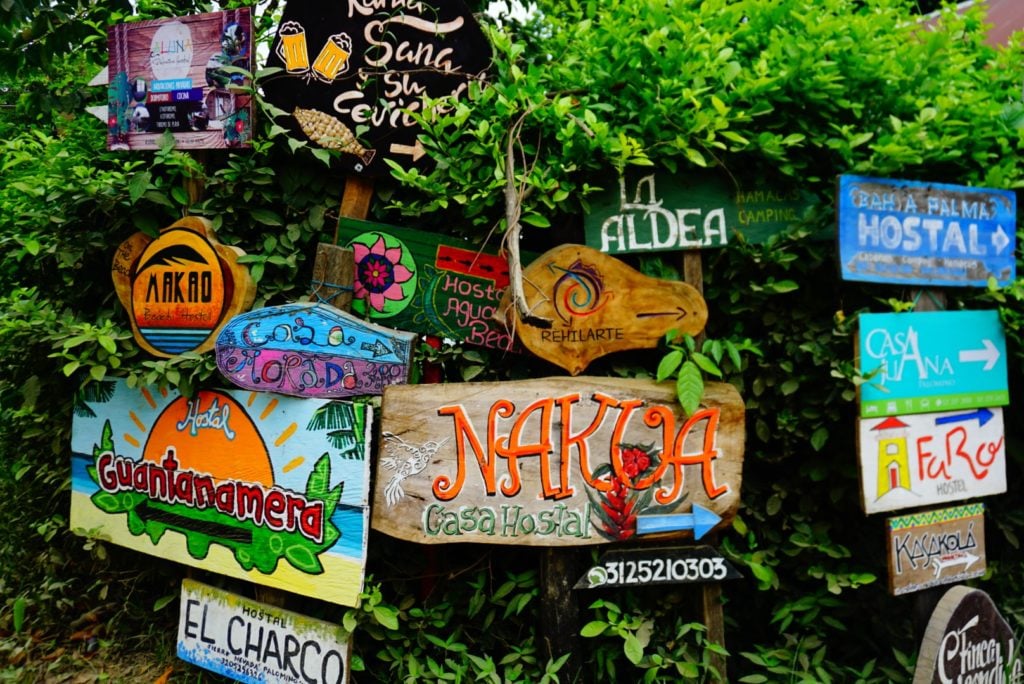 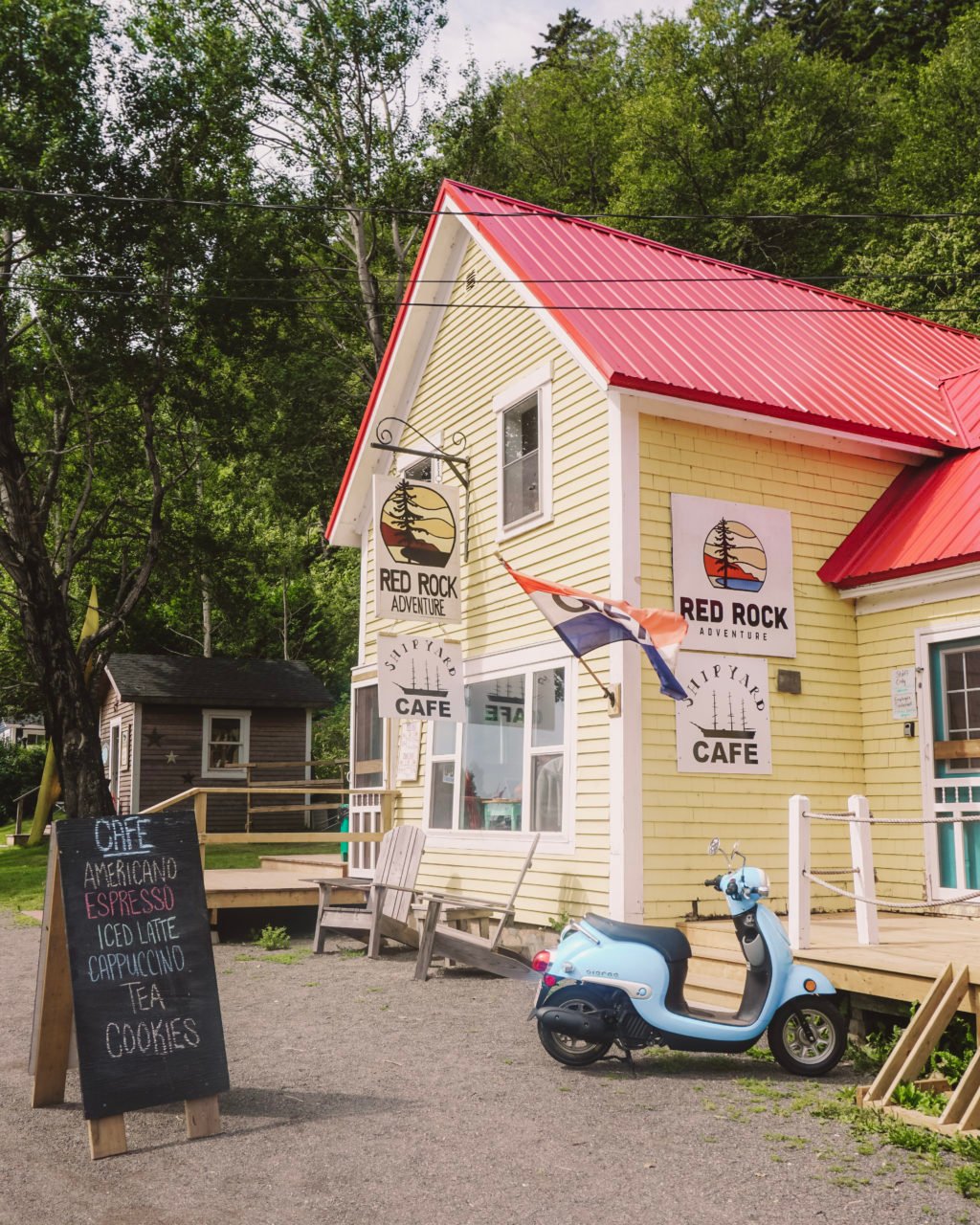