Calakmul is an ancient Maya city hidden deep in the jungle of Campeche, Mexico. Shrouded by thick tropical rainforest teeming with exotic wildlife, the Maya city of Calakmul is a bucket list adventure worthy of a checkmark!

If your visit to Calakmul is anything like my own, you’ll quickly find yourself lost among the ruins surrounded in a mystic stillness with only the loud ruckus of the spider monkeys above to break the silence.

Climbing to the top one of the tallest known Maya pyramids in Calakmul rivals any other Mayan ruin experience I’ve had in Mexico. Even better than Chichen Itza, Tulum, or the Coba ruins.

A Brief History of Calakmul

Imagine discovering a never-before-seen ancient Mayan city hidden deep in the Mayan jungle. It’s hard to imagine the immense curiosity and wonder from such a discovery! But that was the case for Cyrus Lundell, who in 1931 flew over the area and uncovered one of the most prominent and largest Mayan cities to ever exist, which he named Calakmul. But its occupation and history began thousands of years ago during the Late Preclassic period in 550 BC.

Calakmul in Maya means “Two Adjacent Mounds” which is very much characteristic of the two enormous pyramids among the ruins that emerge majestically from the jungle’s treetops.

Calakmul could only be rivaled by its enemy city in Tikal, Guatemala. The two prominent civilizations would rival until Tikal conquered Calakmul sometime after 700 AD. Calakmul underwent several transformations; reconfiguring its social and political network as leaders and kings (“Lords of the Snake Kingdom”) came and went until eventually the city was abandoned. Slowly over hundreds of years, the earth and the Mayan jungle engulfed the once prominent city.

When Lundell first discovered the ruins, there were giant mounds of earth covered in thick bush and trees. It took many years to carefully uncover the ruins, stelae, and buildings and map out the city’s temples.

But it will take many years more to fully uncover the entire ruins site. And as you explore the Calakmul ruins, you will actually notice very curious large mounds of earth.

What secrets are they hiding, I wonder?

How to Get to Calakmul in Campeche, Mexico

You have never seen Mayan ruins quite like at Calakmul—to get there you must travel an hour into the thick, dense jungle via a dusty and holey white road remnant of the sacbe roads once frequented by the Mayas to travel in between other prominent Mayan cities.

From Cancun to Calakmul: Take Hwy 307 south past Bacalar. Then turn west on Hwy 186 just after Xul-Ha toward Xpujil.

The best way to reach Calakmul is by renting a car or carpooling and following the Chetumal-Escarcega highway. Stopping over in the small local Mayan town known as Xpujil is a must.

Xpujil and Chicanna are the closest towns where you can stay to prepare for your early morning visit to the Calakmul Biosphere Reserve.

Where to Stay Near Calakmul (Xpujil)

There are a few places to stay in Xpujil or Chicanna near Calakmul, from hotels and cabanas to remote campgrounds. I highly recommend getting off the beaten track and going more local.

We camped overnight in a remote campsite called Valentín Natural, whose aim is to promote eco-tourism while supporting local families and the environment. Staying overnight here amounted to a truly unique experience.

We saw toucans, heard monkey screeches, bird-watched, learned about the local fauna and flora, and marveled at the bats eating the mosquitos and dragonflies as we watched the sunset from atop a wooden viewing tower in the lagoon.

We slept in comfortable, spacious tents and were provided homemade meals from women in the nearby town.

The only thing to remember is that you’re out in nature with all the mosquitoes, so bring your long-sleeves and eco-friendly repellent!

P.S. The staff didn’t speak much English, but we got by with our broken Spanish and gestures always work too.

If you’re uncomfortable wild camping out in the jungle then don’t worry, there are other places to stay near Calakmul. Check out these top hotels in Xpujil and Chicanna (zoom out the map to see more options).

Traveler’s Tip: Once you enter the Calakmul Biosphere Reserve and pay your entry fee, you will then drive another 60 km (~40 miles) into the jungle until you reach the small parking lot at Calakmul archaeological site. The journey will take at least an hour due to the potholes.

What to See in Calakmul Biosphere Reserve

What’s there to do in Calakmul? Calakmul is one of the largest Maya cities and archaeologists have found thousands of ruined sites; structures, stelae, glyphs, which you can now enjoy and explore.

What makes Calakmul extra special though is its remoteness, its mystery, its insanely impressive and climbable pyramids, and its wildlife (don’t forget you are literally deep inside the wild jungle).

There is plenty to see in Calakmul, probably more than you’ll be able to soak up in just one day.

Fun Fact: Whereas prominent Mayan ruin sites such as Chichen Itza receive thousands of visitors a day, the Calakmul ruins only receive a couple of dozen visitors per day!

Calakmul is an enormous site to visit, so start your day early in the morning while the air is cooler and wildlife is more active (if you wish to see some!). We were the first to enter the ruins in the morning and it was so worth it! We saw several monkeys, a wild piglet, and several birds.

Here are some of the things to see in Calakmul during your visit.

Structure II is the tallest structure in Calakmul’s central core. “The Great Pyramid” is a 150-foot tall structure that towers above the rainforest canopy affording unparalleled views of the Mayan jungle, making it the tallest pyramid in the Mayan kingdom ever discovered. It is possible to climb for those not faint of heart!

The Central Plaza houses Structures II – VIII, with Structure II being the largest Maya pyramid (although Structure I comes close). From here, you have the chance to climb up Acropolis Chik Naab for a truly amazing view of Structure II. Numerous stelae depicting the elite kings stand guard at the bottom of the stairs.

Stelae are large slabs typically made of limestone that are meticulously carved out and represent anything from Maya culture, commemorations, to the kings who rose to power over the centuries.

Mayan Ball Court is a large ball court that is a common sight to see in Maya cities. They were once used for ritual purposes and sought to settle quarrels by playing an intense ball game. The victor or the loser (I can never remember which) would sometimes be sacrificed on the spot.

There are dozens of smaller sites to visit, not that I remember them all! Take your time to visit as there’s simply so much to see.

Can You Climb Calakmul Ruins?

Yes! There are several climbable ruins in Calakmul. But of course, practice caution and be respectful not to damage the ruins. Structure I and II, the Great Acropolis, and mini Acropolis Chik Naab offer spectacular views and are the best pyramids to climb in Calakmul.

I would suggest you first climb the smaller pyramid – Acropolis Chik Naab – to have an epic view of the tallest pyramid (Structure II) emerging from the treetops directly opposite of you.

Then, climb up Structure II or Structure I to have unparalleled panoramic views of the lush tropical rainforest that surrounds you. You’ll only see the canopy of thick treetops and that top bit of the Chik Naab pyramid from where you just came!

It’s at this moment I truly realized how far into the jungle we traveled to reach these spectacular ruins. If you’re at the top of Structure II, on your right you will see Structure I.

We were also extremely lucky at the time because once we reached the top of the Grand Acropolis pyramid, a curious troop of spider monkeys came directly up to us to visit! We were just feet from them as they danced about the tree branches hovering over the ruins. 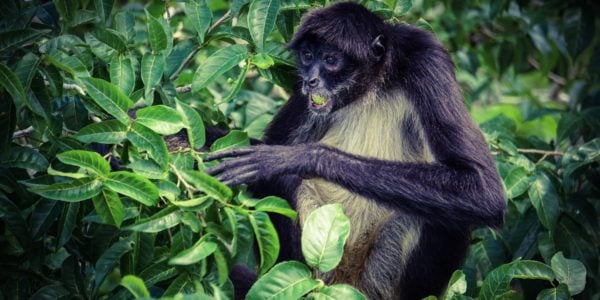 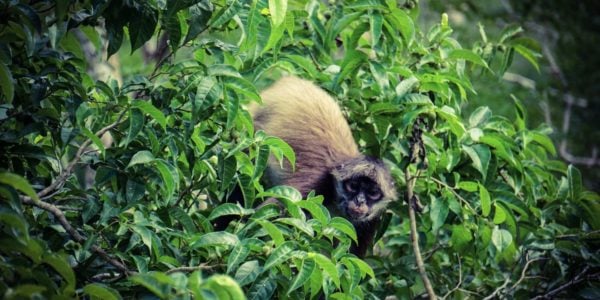 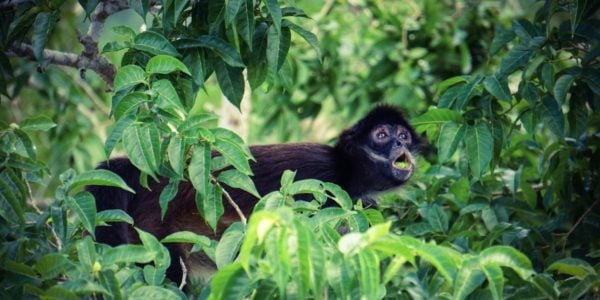 It was a challenge to find a map laying out the main sites in Calakmul but I finally found one courtesy of The Mayan Ruins website which also better explains the history of Calakmul if you want to learn more.

The map below outlines the main Structures, the Great Pyramid, Central Plaza, and the “Juego de Pelota” is the ball court.

Should You Visit Calakmul With a Tour or On Your Own?

At the entrance of the Calakmul Biosphere Reserve, you will be asked whether or not you wish to have a tour guide for a fee (around 600-800+ pesos). You can deny the tour guide and visit Calakmul on your own if you wish.

The upside of visiting Calakmul with a tour guide is that you get real-time explanations of the ruins. And since the site is so expansive, it could be worth the investment.

But if you’re on a budget, know that you can visit the Calakmul ruins on your own without a guide.

Many of the informational signs are written in both Spanish and English. That, plus a bit of Google researching before or after your visit will teach you a good amount about Calakmul.

Visiting Calakmul requires a pursuit of adventure, a bit of patience, and a fully charged camera. 😉 You will love exploring the Calakmul Mayan ruins despite the extra effort to get there!

If you have any questions about visiting Calakmul Mayan ruins or just wish to chat, feel free to reach out. 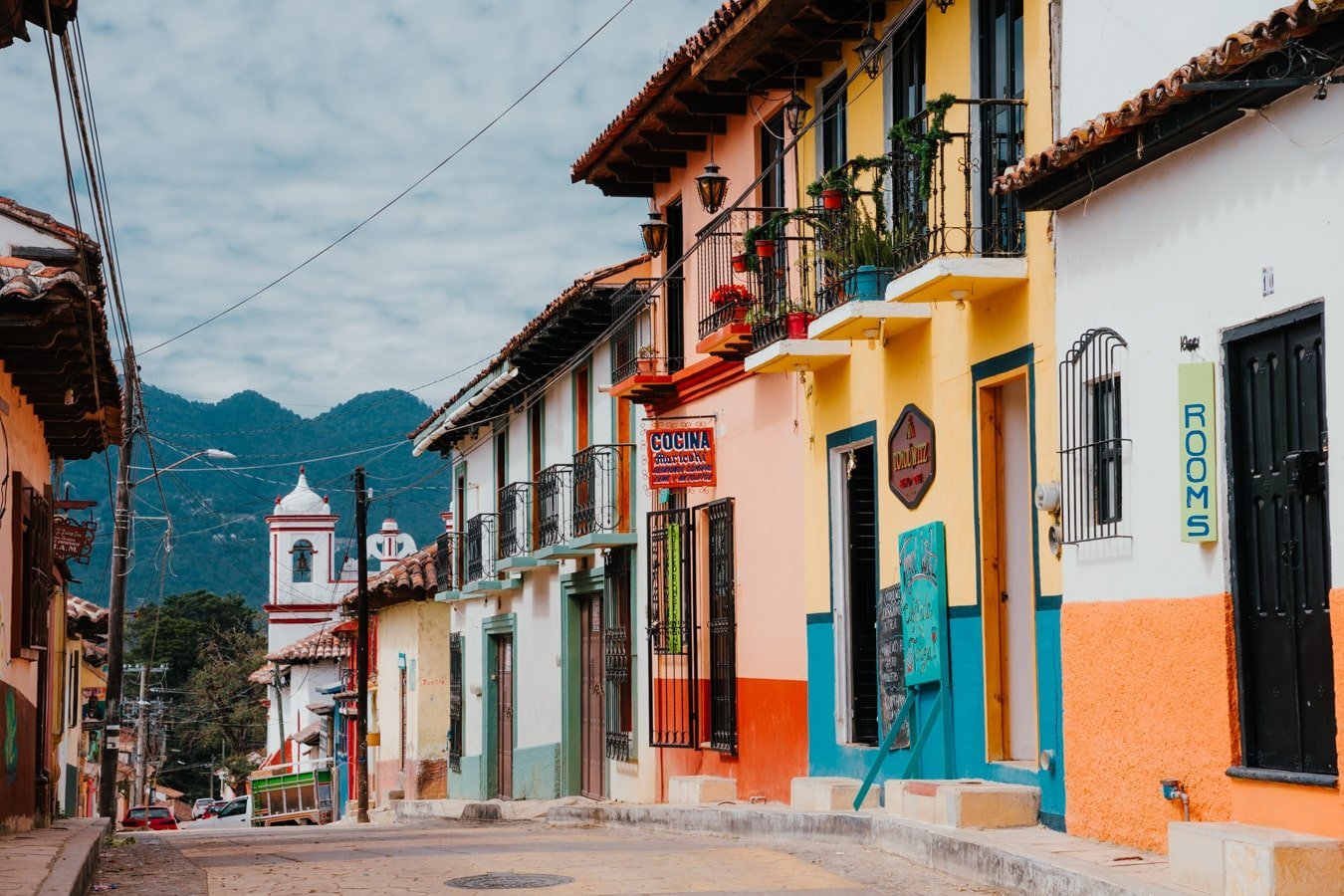 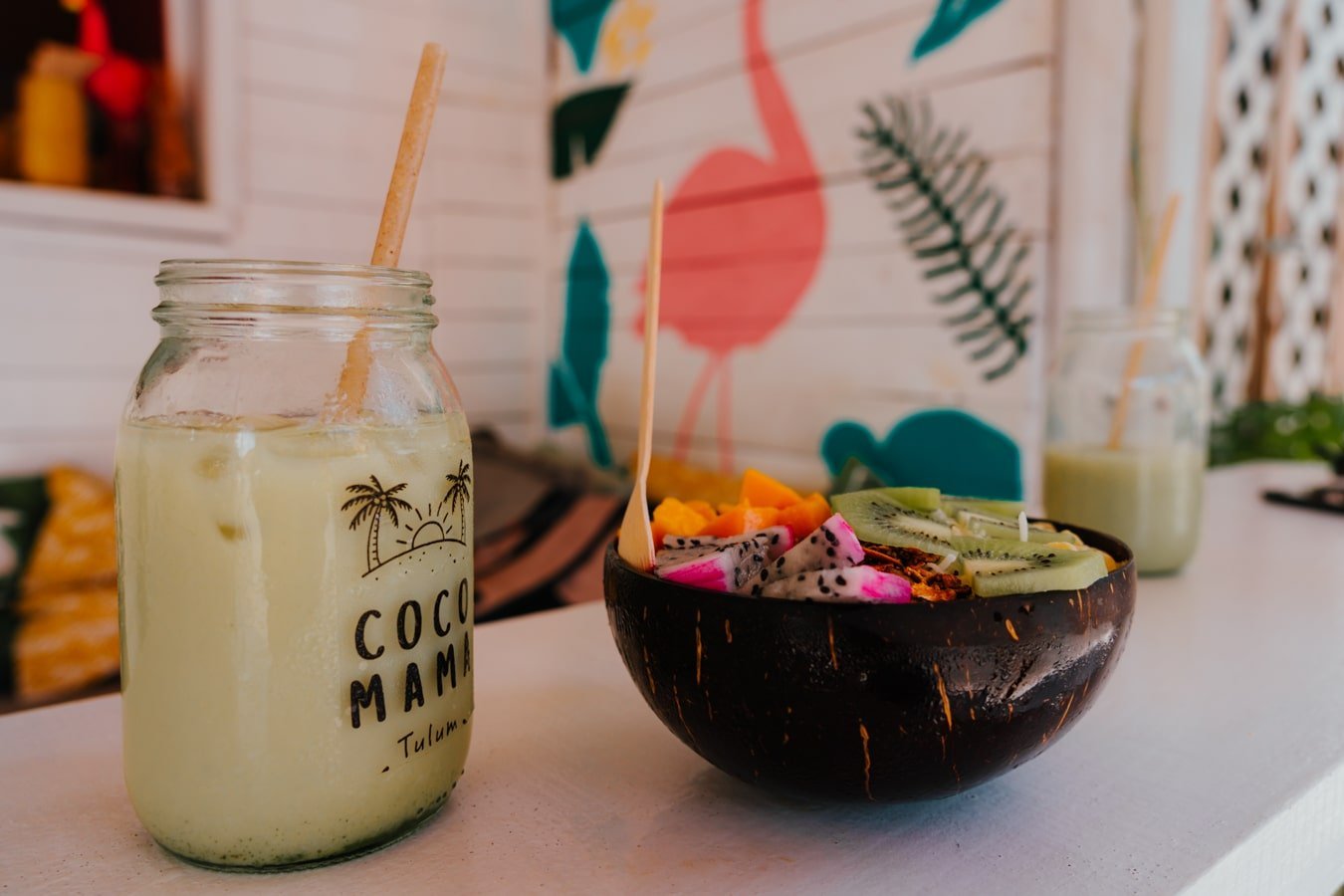 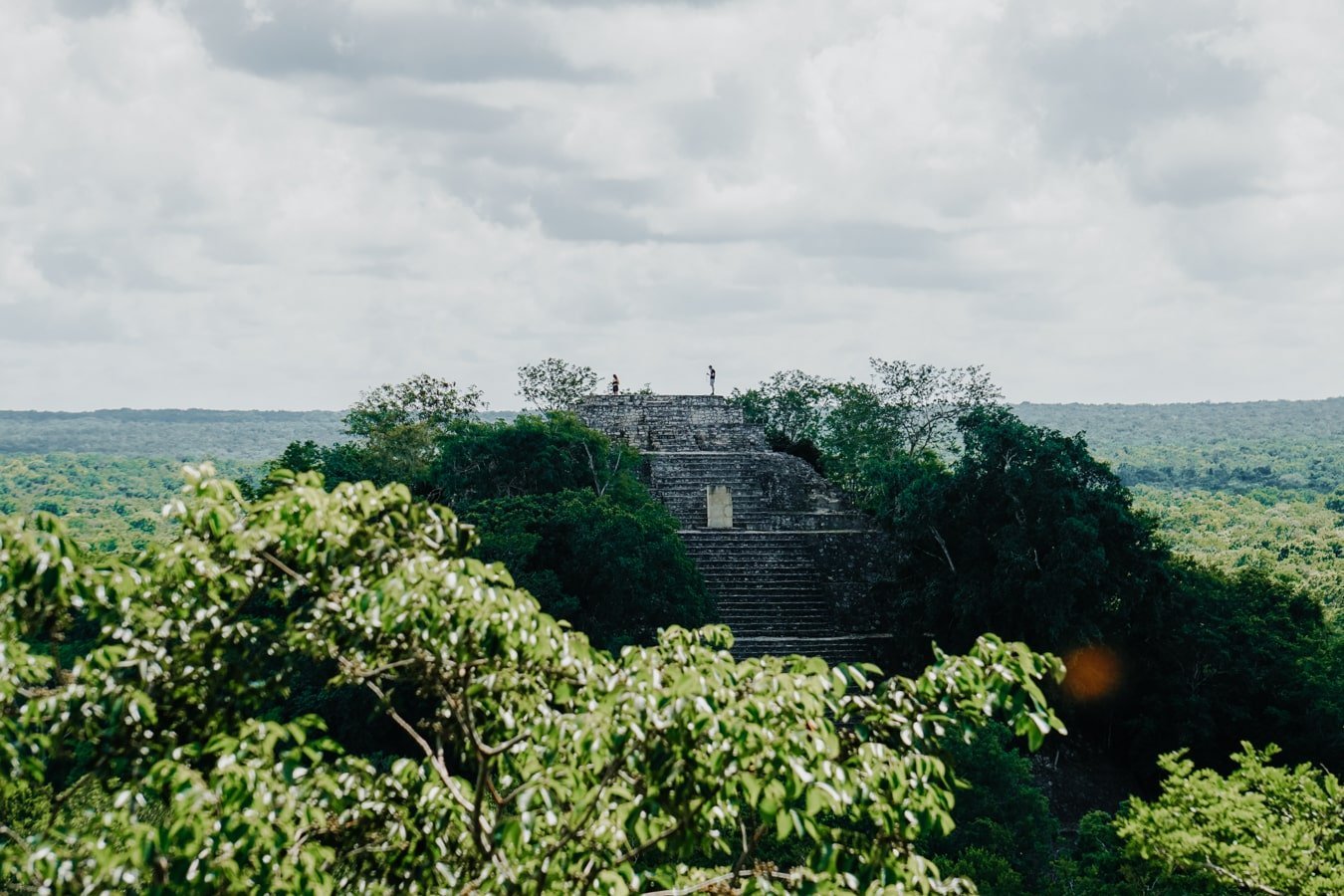 9 Incredible Mayan Ruins in Mexico You Must Visit 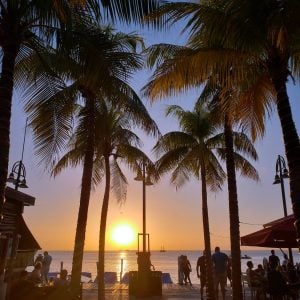 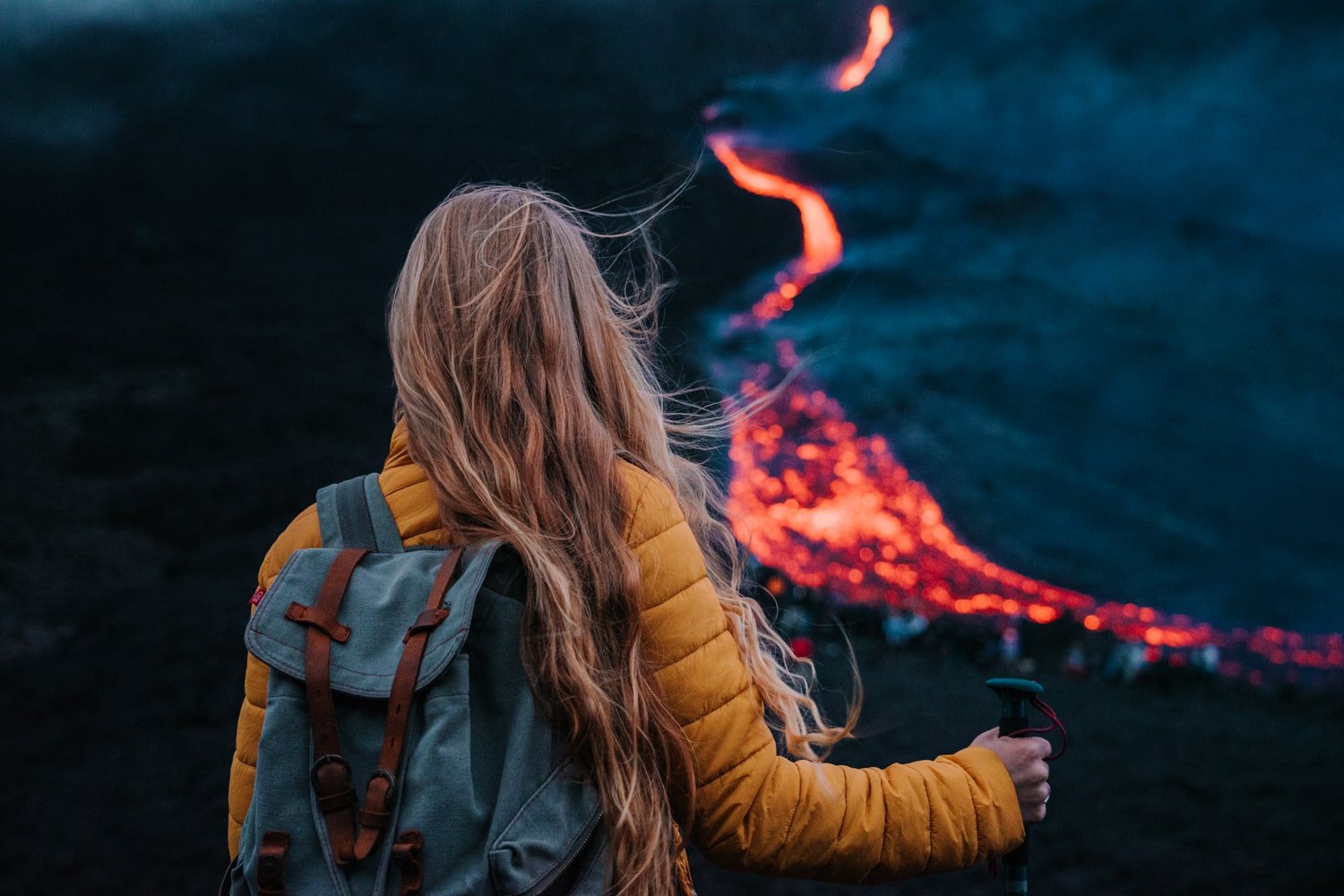 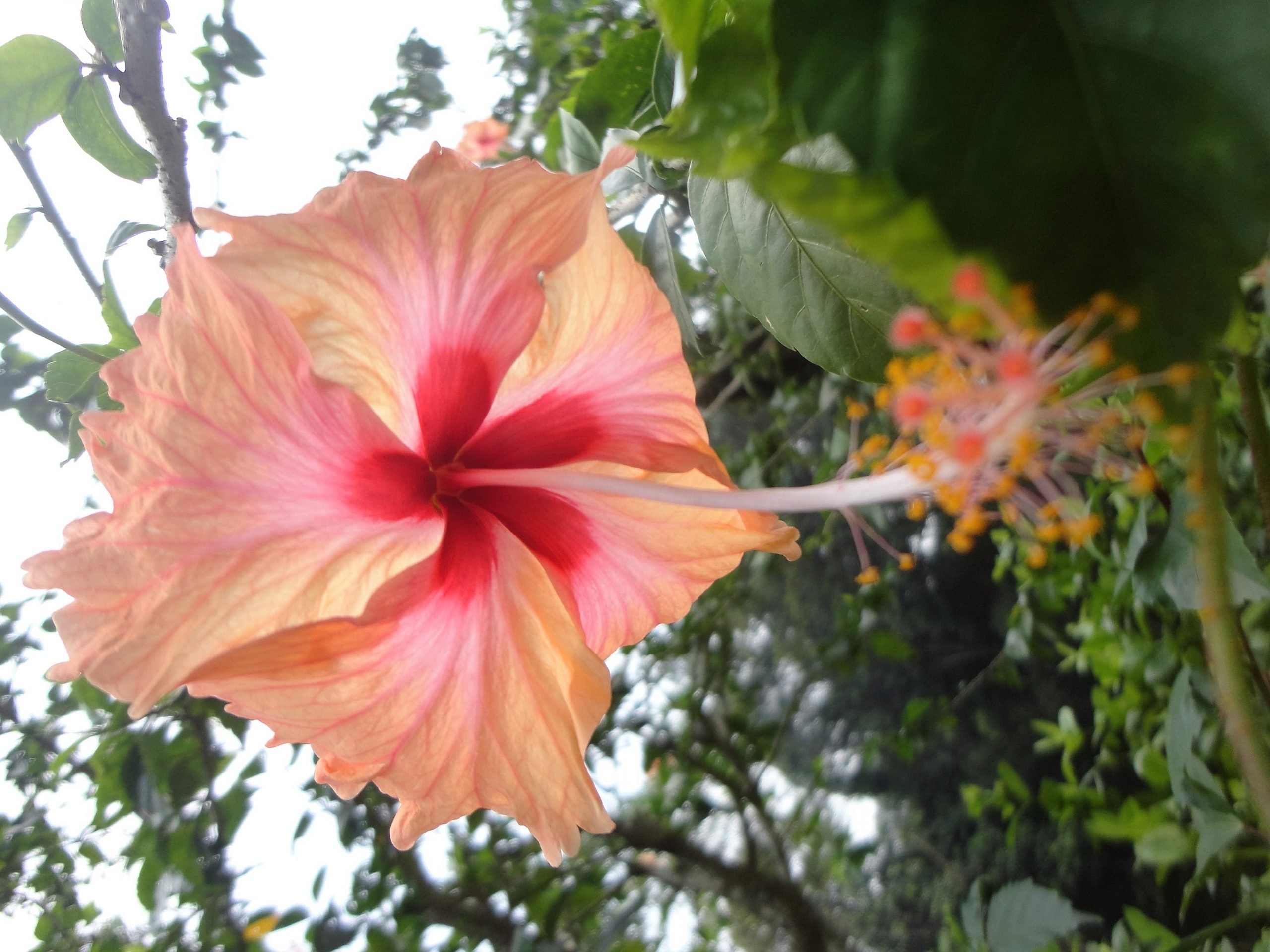 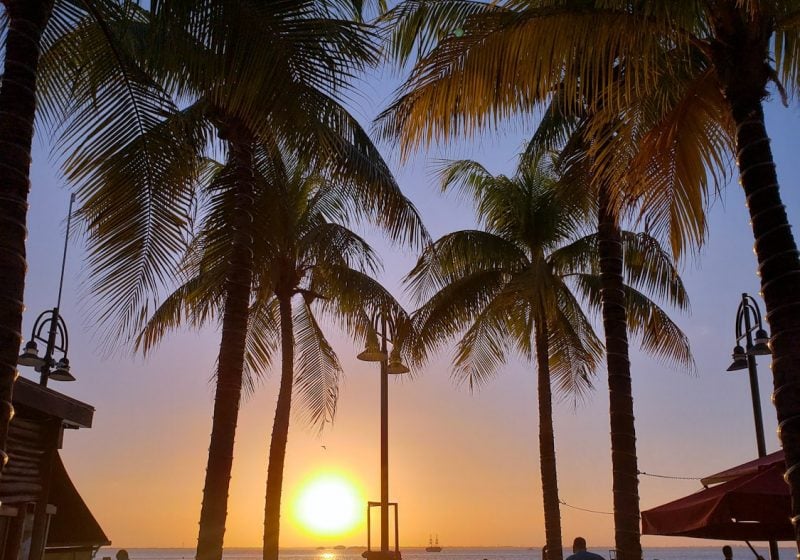